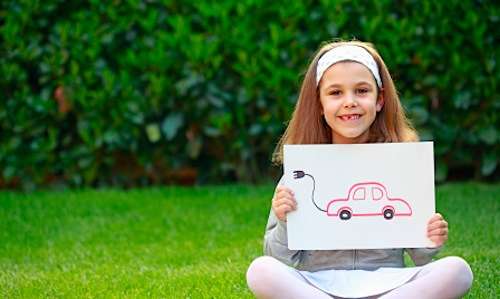 The Electric Drive Transportation Association, EDTA has a formidable think-tank of thousands of members, international partnerships and several Fortune 500 companies at its disposal. It’s a force to be reckoned with, thankfully pushing the EV agenda forward.
Advertisement

Based in Washington, D.C., the EDTA aims to expand the market for electric cars and offers its expertise to the car industry. The last EVS in Los Angeles, EVS26 was proof that the group knows how to handle events and push EVs in the right direction. Consumer Report interviewed Brian Wynne, president of EDTA since 2004 to understand better how the organization tries to meet the challenge.

Consumer Report asked why Brian believes EVs are worthy of public funds. Brian’s answer was simple and to the point: “We are dependent upon a global, non-fungible commodity to move people and goods... And we cannot control the price of that commodity in this country, and we never will.” He goes on to say that we all agree to cut down on fossil fuel dependence. What he correctly points to is that electricity as a means of locomotion is not a resource. “It's a form of energy that is produced from a diversity of domestic feedstocks. And the grid in this country, which was built for the hottest day of the year, is underutilized. Pacific Northwest National Labs estimates that we could fuel north of 70 percent of our existing light-duty population with off-peak kilowatt hours. And the foundational infrastructure is ubiquitous; it's already there.”

Asked about the range of current EVs, Brian also points out that most cars drive 350 miles but 80+% of our daily commutes are 40 miles or less. So an intelligent network of charging stations at all levels needs to happen and is being built. He also believes that as more and more EVs are offered, people’s expectations will change and they will better understand their true needs, especially weighed against finances.

On the hot issue of people wanting EVs to do more than 100 miles, even if they would drive that distance only once or twice a year, Brian offers an interesting point of view. At roughly $1 a gallon equivalent driven on electricity, compared to the current price, $4 40 4.50, this makes a lot of dollar and saving sense. If fleets are anything to judge by, then businesses have fully embraced that financial logic. It’s a matter of time for people to decide saving is more important than the once in a rare while when they need to drive more than 100 miles. After all, that’s why you have rentals.

All in all, the EDTA offers compelling reasons to think about EVs in a different light than we have been used to. You don’t drive an EV until you deplete the battery pack, you top it off. Come to think of it, you shouldn’t drive a gasoline car on a low tank either. Driving a mile on electricity for single digit pennies instead of 3 to 4 times as much for gasoline is easy to justify when wallets are pinched beyond comfort. Finally, isn’t it better using home made electricity energy than giving away roughly 40% of your precious hard earned cash to countries clearly hostile to the West? In the meantime, the Electric Drive Transportation Association pushes the EV agenda forward.