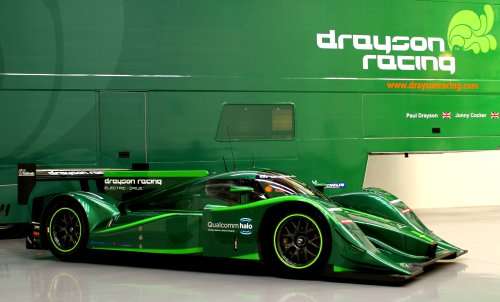 Drayson Racing Technologies has just signed an agreement with Formula E Limited and will act as an advisor to Formula E Holdings Limited.
Advertisement

What Is Formula E? Formula E is a new FIA championship featuring specifically designed zero-emission racing cars powered exclusively by electric energy. In essence, this opens the door to racing electric cars, motorcycles and other vehicles. But Formula E represents much more than racing. It is a sustainable vision for the future of the automotive industry over the coming decades through public racing, which will hopefully attract much viewership.

Drayson Technologies’ Role. You might remember some of our previous articles on Drayson Racing Technologies. See here for my interview with Lord Drayson: What It Takes To Race An Electric Endurance Car
http://www.torquenews.com/1079/what-it-takes-race-electric-endurance-car
As Scientific Advisor, Drayson Racing Technologies will help to develop the championship’s science and technology policies, meanwhile adhering to internationally-recognized body standards. It will also work alongside with governmental and non-governmental agencies and the scientific community in order to establish electric vehicle racing. Drayson Racing Technologies will develop policies that will start with the launch of the Championship’s Manifesto for Sustainability in the coming weeks.

According to Lord Paul Drayson, Managing Partner of DRT: "As a pioneer in electric motorsport, we believe that Formula E can become the world’s first truly sustainable global racing championship, encouraging R&D, driving scientific innovation and promoting the adoption of zero-emission electric vehicles to improve air quality in our cities. We are delighted to be working with the team at FEH to realise the full potential of this pivotal new project.”

Alejandro Agag, CEO of FEH confirms the relationship by saying: "We are very pleased that Lord Drayson and his team are working with us as we prepare the organisation of the new championship. We are committed to delivering a zero carbon racing series that is both sustainable and exciting. Drayson Racing Technologies will provide the expertise to ensure our policies are based on sound scientific data and adhere to internationally-recognised standards.”

What this means is much more than two groups of electric vehicle racing enthusiast getting together. This is effectively the beginning of a fully sanctioned, fully established international racing body with its sets of rules that will affect future generations to come.

We look forward to reading the first draft of the Championship’s Manifesto for Sustainability in the coming weeks and see how this event will develop over the years. We are, in essence witnessing the birth of a new type of official racing with Drayson Racing Technologies and Formula E Holdings Limited working together to bring us electric vehicle racing.