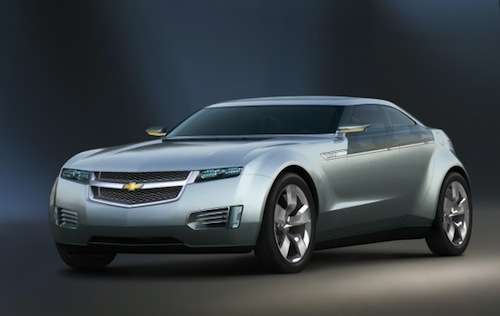 The Department of Energy is revisiting the 1 million electric vehicles by 2015 estimate. The new aim is to make them more affordable.
Advertisement

The U.S. Department of Energy (DoE) has announced yesterday that they are easing off the excessively optimistic goal of having 1 million electric cars on the road by 2015 the previous administration had hoped for. It sounds as if the Department of Energy has better qualified experts giving us a more realistic strategy that promotes the advancement of electric vehicles we need and even more important, lowering their price.

Realistic DoE Strategy. If 2013 is to have a flavor in the world of alternative energy vehicles, sobriety is the taste so far. Gone are the unachievable and overly optimistic numbers, at least for most carmakers. An Energy Department official was quoted on Reuters saying: "Whether we meet that goal in 2015 or 2016, that's less important than that we're on the right path to get many millions of these vehicles on the road," in regard to the Energy Secretary Steven Chu’s speech at the Washington D.C. auto show.

From Numbers To Cost. The important message here is not a new estimate but the actual and deliberate action to lower the cost of electric vehicles, EV in general. This is a more mature way to allow recalcitrant buyers to buy the cars in an economy that doesn’t inspire confidence about the future. Essentially, instead of rallying up the troops by trying to boost moral and get people to spend the money they don’t have, the DoE is taking the more intelligent route of making it more practical for drivers to buy the cars they want and need.

New DoE Numbers. The new U.S. federal policy numbers to promote electric vehicles are more in line with reality and are estimated costing $7.5 billion through 2019, according to the Congressional Budget Office. With $2.4 billion predicted lithium-ion battery makers and projects grants, as well as $3.1 billion in loans to auto companies, the DoE feels this will be sufficient to set the electricdrive market on stable grounds. What the White House needs to do is to continue pushing for more stringent fuel economy standards. This is the only to challenge carmakers to offer fuel frugal cars at an affordable price.

We are not that far off from the original estimates of 1 million electric vehicles on the road. According to a Polk estimates, the electrified vehicle market would have double their market share to about 6 percent of the U.S. auto market to reach 16.2 million vehicles that year. It’s not that far off but there is a big if, if the economy somewhat stabilizes and somehow gets better.

Setting high goals are important to get a market going, but unrealistic numbers have the opposite results as we have seen in the past. The new Department of Energy numbers and strategy are more in line with the reality of things and tackle the most crucial factor, making electric vehicle more affordable for everyone.