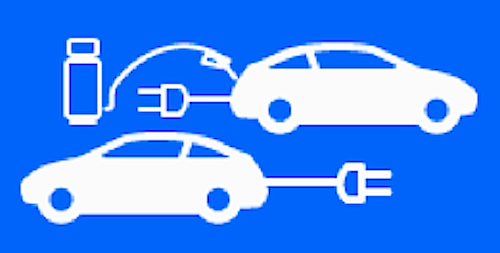 If you need to see where the automobile industry is going, look no further to California, the hotbed of the industry pushing a 15% Clean Car Mandate.
Advertisement

There is no denying that most, if not all domestic cleaner emissions mandates and protocols have emerged from California. Eager to cut down on congested city smog and pollution, it has been a necessity for the state to engage tough legislative that has pushed the rest of the country. After all, if you are going to make millions of vehicles, why not make them to meet the toughest environment protection state and pass with flying colors lesser ones.

The Gist. The California Air Resources Board, CARB voted on the Clean Car Mandate that requires manufacturers to produce at least 15% of new cars sold in the state to produce zero, or as close to zero emissions by 2025. This will obviously have rippling effects on the auto industry as it strives to meet the mandate’s roadmap as early as 2018 in order to meet the 2025 deadline and survive “uncertain” times.

The Effect. If you felt automakers were under pressure to survive and push for further cleaner burning cars, watch for an even more hectic few years ahead of us. However, if history is to repeat itself, the results will prove to be worthwhile. What this mean is that we will have a greater offering of electric cars, EV, hybrids, HEV and plug-in hybrids at dealerships and sharing our roads.

The Numbers. What this mandate means is that close to 1.5 million of these cars would be pure electric or plug-in hybrids on Californian roads. This is in sharp rise from today’s 10,000 plus roaming the state. What this also means is that regular gas cars are going to have to make even more efforts in order to meet the average standard mileage imposed on car makers. To put it into perspective, gasoline and diesel cars would be forced to lower emissions by close to 75% smog related emissions and 50% greenhouse gases from today’s numbers. Look for carmakers to import more of their European car technology into the country. The EU has passed very tough emission standards of the past decades. Don’t let that scare you, CARB estimates the initial outlay might be as much as $1,900 for a new car but that it would also save you $5,900 of gas in the long run. So far, it doesn’t seem Detroit will go to war against California as it has in the past, since it is already committed to making electric drive platform cars and reeling from the negative image it received from its subsidies.

LG's New EV Battery Plant Is a Welcome News for Tesla
Tesla Giga Berlin's New Hurdle: It's Not Only the Gov't, but Now Tesla Itself
END_OF_DOCUMENT_TOKEN_TO_BE_REPLACED