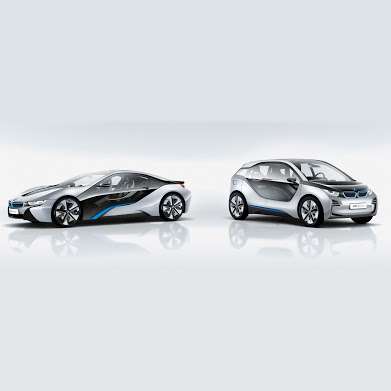 BMW Will Unveil The i4 At The Los Angeles Auto Show

BMW has shown us a dramatic i8 along with an i3 the past few years. Now it is ready to unveil next week the i4 at the Los Angeles Auto Show.
Advertisement

I love the Los Angeles Auto Show. Unlike its Detroit counterpart, the LA show has the right mixture of mainstream cars and odd-ball local inventions all displayed under our frantic eyes. BMW stunned us in 2009 with a tantalizing Vision EfficientDynanics prototype, but most tossed it off as a PR stunt and that the company wouldn’t do anything about it. How wrong were we.

The i4 Cometh. Ever since the Vision EfficientDynanics was on display, the company made good the following year with a tuned down version of it eventually called the i8. This new car kept the original idea for a powertrain, a remarkable plug-in hybrid, PHEV based on in-house developments. Fantastically enough, the i8 kept much of the visual appeal the wild Vision EfficientDynanics had. You know how many times we are teased with stunning prototypes only to be let down by the lame final result. In this case, BMW didn’t disappoint us.

The i8 was also accompanied by an even more radical car for BMW, an all-electric car called the i3. What is fantastic about both cars is their structural engineering and technology. BMW is making use of modern light yet rigid components using a tube-like chassis for the underpinning and a cabin space for the top, in both cases. BMW’s “Life Module” chassis are basically a carbon fiber-reinforced plastic underpinning designed to act as a safety cell for passengers. What holds the car together is the aluminum subframes that house the motor, suspension and the rest of the car.

iTour Completes The Scene. And finally the company’s iTour that showcases BMW’s new foray into the alternative energy world: BMW i Born Electric Tour Distances German EV Competition. The iTour is BMW’s take on an Apple store and should compete directly with the Tesla shops and soon, the Audi stores.

So what about the i4? Not much is know yet of course. BMW wants the LA Auto Show to be a surprise. What we can expect, is that BMW will use its underlying components found in both i3 and i8 to make this either a full-electric car or a plug-in hybrid. One thing is certain, it will make full use of the the research and experience BMW has gathered with its lightweight materials seen on the first two i’s. So far everyone is guessing and I might as well do the same. Although it might make sense technically, at least on the surface for BMW to give us a bigger all-electric car based on the i3 design, it would make more business sense to offer a more cost-favorable plug-in hybrid. By bringing to the market a more affordable PHEV, BMW could compete with Fisker’s Karma and its upcoming Atlantic, as well as GM’s Volt and Ford’s Energi cars.

It’s remarkable to see how far BMW has come in as little as four years. As with most German carmakers back then, BMW was also putting all of its R&D into hydrogen technology. Although the company preferred burning it in a conventional pistons engine, it was quick to move funds to develop an electricdrive. It then completely overtook Mercedes and Audi by showing working prototype ahead of the competition. I look forward uncovering the BMW i4 this week at the Los Angeles Auto Show for you.

Nicholas Zart is a Torque News contributor writing mainly about the electric cars.