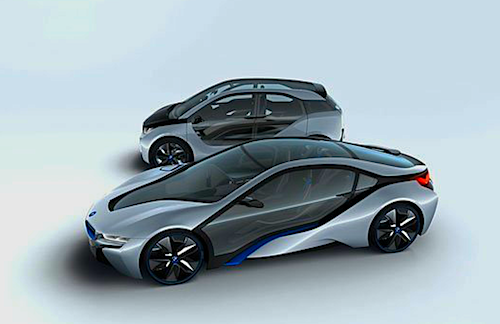 BMW Turns On The Infrared Heating

Internal combustion engines, ICE waste up to 66% of their energy in heat dissipation and friction. That’s why running a heater in a gasoline-powered car is easy. The heat created by the engine is recouped into a radiator heating the passenger cabin. When it comes to electric vehicles, EV, heating needs to be redesigned.

Traditional EV Heating. The difficulty for electric cars is using as little electricity as possible to run auxiliaries, such as light, stereo and thermal management. Traditionally heating systems on hybrids and electric cars is done via resistors, which drains electrons away from powering the car. BMW has an intelligent approach that should save energy and heat you up quickly.

Infrared Heating Sources. You know those infrared light bulbs on top of food at lunch and dinner buffets? Well, BMW wants to use a similar technology to heat up the cabin with their electric cars. Working on an experimental system using infrared for heating, the company feels it can achieve the same results in a much more fuel-efficient and precise manner. This means exceptionally good news for extending the range of its upcoming plug-in hybrid, PHEV i8 and pure electric car, the i3.

Technically Speaking. The system BMW is working on was presented at one of its Innovation Day event. By bypassing the traditional hot and cold air ventilation in a cabin, it would use infrared heating surfaces to warm passengers. The system promises interesting performance, such as warming up the car quickly. In fact, BMW claims it could bring up a car to temperature in as little as 60 seconds. Obviously, such a system would be silent, use no fans and thus use less power than traditional ones.

The power advantages with such a system would be that passengers could turn off heating in unneeded parts of the vehicle. In other words, the front of the cabin could be heated if people are in and no one is behind. Alternatively, the passenger could prefer no heat while the rest of the car would fine-tweak the temperature.

All of this is pretty nice, but what about A/C? Obviously, infrared doesn’t cool off a cabin, quite the contrary. A traditional A/C unit would still need to be used. Yet, with advances in modern compressors that are more efficient and require less energy, such a system could prove perfect for electric and hybrid cars. In fact, BMW believes the overall range of an electric car could be improved by up to 30%.

It’s intelligent developments like this that make the advent of electric cars and plug-in hybrid interesting. BMW is showing thinking outside the box by applying a mature technology, such as infrared to heat up a vehicle.