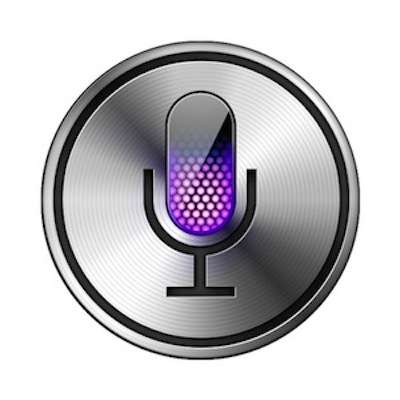 Apple Siri Will Help You Control Your Car by Voice

While Ford has done a great job at bringing Microsoft’s software to their cars, Apple is leading the charge back into your car with its best trump card, Siri.
Advertisement

Ford has worked hard to make its Sync software work well but Apple looks to disturb the landscape. It seems Ford used Microsoft’s software and not Apple for its onboard Sync system because the company was ready first to work with carmakers. This is one market Apple lags behind, even though it has popped up here and there. You will now find Siri in 9 major carmakers.

WWDC. At this year's Apple Worldwide Developers Conference, WWDC, the company said Siri will be featured in vehicles from nine major global automakers. Siri will be integrated into cars from Audi, BMW, Chrysler, General Motors, Honda, Jaguar, Land Rover and Toyota, so far. No more fiddling with cryptic interfaces, learning new systems and pulling over because you need to type in a new course, Siri will take care of thing by listening to you. Apple calls it the "Eyes Free" system.

True to Apple style, very little is known yet about the details but if history is anything to judge from, the product should be well integrated and easy to use. It also makes sense to use Siri as many people are familiar with iPhones and those who have a 4S are already used to Siri. It will be particularly interesting to see how Siri will facilitate changing destinations on its GPS system, removing any needs for the user to use hers or his the fingers instead of leaving them on the steering wheel.

US National Highway Traffic Safety Administration. The NHTSA has already expressed opposition to anything that distracts drivers from focusing on the road, rightfully so. Siri could very well be seen as safety features in cars. While Apple’s "Eyes Free" system doesn’t fit in the guidelines of distraction form road hazard, it shouldn’t attract opposition in so far that it only uses voice control. We can already see the next wave of advertizing campaigns centered on how Siri enhances security by minimizing physical and visual distractions. The only point of contention was that Apple announced its "Eyes Free" system could be used to update Facebook and Twitter account. The company will find a way to tone this feature down.

This is particularly interesting news as it once again pushes the shift from a car as a set of wheels moved by a motor with a roof on top to a fully fledged rolling computer platform. We look forward to seeing Apple’s work-out-the-box system make their way into cars and Siri is the best way to get going.

Tesla-Funded Research Reveals One of The Biggest Mysteries of EV Battery
Tesla Tesla Buyer Nets a Whopping $12,000 Discount After Asking for Reduction
END_OF_DOCUMENT_TOKEN_TO_BE_REPLACED