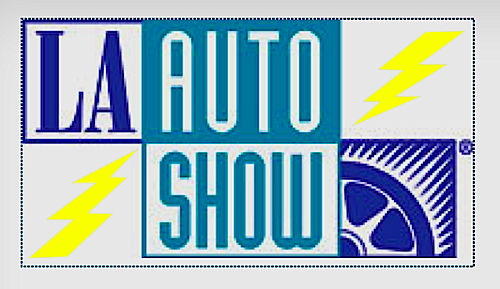 The Los Angeles Auto Show is one of the best show of hands on experience with the latest cars about to hit dealerships. Find out what alternative energy cars will be there and how they feel.
Advertisement

One of the things I look forward to the most at the Los Angeles Auto Show is getting my hands behind the steering wheels of cars manufacturers are about to release. The LA Auto Show Green and Advanced Technology Ride & Drive to preview is one of the best places to do this, along with AltCar Expo open to Media.

Green and Advanced Technology Ride & Drive. While the event is only open to media attending the Press Day on November 29, you can still get a glimpse of what will be there and how it felt to drive these cars by checking back with me here at Torquenews. This year, the media-only Ride & Drive will not only include fuel-efficient vehicle as it has in the past, but also vehicles featuring the most advanced in-car technologies. This means about 25 cars from 12 manufacturers will be available to drive at the Green and Advanced Technology Ride & Drive. This represents the leading edge of automotive innovation available today at your dealership tomorrow. The event allows us to get our hands on exclusive cars and drive them on both city streets and in closed-course demonstrations.

The idea is to show the media how these new vehicles use the latest evolutions of electric, hybrid, and plug-in hybrid, in order to curb our petroleum use and lowering our gasoline budget. This year, the event will demonstrate the latest drive assist platform, which include systems such as front crash mitigation, adaptive cruise control, radar-based object detection systems, blind spot monitoring and more. What is truly interesting is that some of these vehicles are so new or in such limited production phase that the Ride & Drive provides a truly exclusive opportunity for a hands-on experience. Case in point, this is how I got to test drive the original Ford Focus electric mules back then when it wore its 2008 body and most of it was done by Magma.

What To Expect. Acura will unveil its new ILX Hybrid, which uses its 1.5 liter 4 cylinder gasoline engine complemented by an electric motor. Of course, no alternative energy drive test is complete without the Chevrolet Volt, but this year I’m particularly looking forward driving the FIAT 500e, the all-electric version of the super famous 500 with a 100 hp electric motor. If you haven’t driven a Fisker Karma, find someone who will let you. The experience is unique. Hailed as the first luxury PHEV, it delivers a 959 ft. lbs. of electric motor torque with a 4 cylinder engine that can be kicked into action. Honda will show a few cars including the all-new 2013 Civic sedan, the Fit EV, the all-electric battery version of the Fit subcompact that gets 118 MPGe, which I test drove earlier in September, as well as something we’ve all been waiting for, the Accord Plug-in Hybrid, a PHEV that targets 110 MPGe.

I’ll also revisit the Mitsubishi i-MiEV that achieves an impressive 112 MPGe rating, as well as the Nissan Leaf that will feature the Carwings Smartphone app to activate controls including remote activation of battery charging and climate controls. The Smart EV, now in its second edition gets a healthy 50% power boost, which I’ll be happy to test and see compared to my original drive. You are already familiar with my promising test drive of the Toyota RAV4 EV that gets 76 MPGe using some of Tesla’s DNA. The company will also show its new 40 MPG Avalon hybrid with its 2.5L 4 cylinder paired with two electric motors, the Prius Plug-in, which I also test drove previously in September. Another much anticipated car is Volkswagen's new 2013 Jetta Hybrid, which features a turbocharged 1.4L 4 cylinder engine and a 27 hp electric motor.

The Los Angeles Auto Show’s Green and Advanced Technology Ride & Drive is a great opportunity to see what carmakers are working on and about to hit dealerships. The few noteworthy cars are the VW Jetta Hybrid, the Honda Accord PHEV, as well as the FIAT 500e. Check back with us next Wednesday as I get some quality time behind these electric and plug-in hybrid cars at the LA Auto Show.