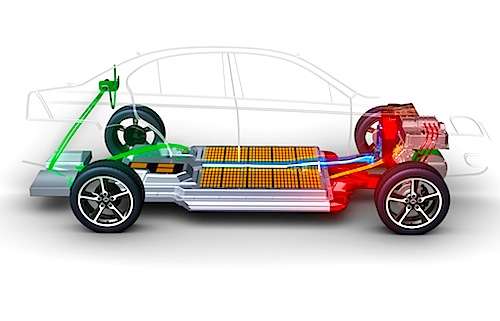 As AltCar Expo 2012 comes to a conclusion, we are left looking back at an industry that has matured. Yes, the tipping point has been reached.
Advertisement

Gone are the days when the first AltCar Expo brought a bunch of entrepreneurs, holding a kite and skateboard, making their rides AltCar energy vehicles. If today’s event has matured, it hasn’t lost its edge and what makes it so unique, close ups, hand shaking and test driving.

Bashing Days Are Over. If a few years ago, bashing different technologies were all the rage, today, AltCar aficionados have matured and understand that together they create a brighter future for energy and transportation. No more battery guys joking about hydrogen, hydrogen looking down at pure battery-powered electric cars, today, both stand side-by-side making up what Terry Tamminen calls AltCar Expo will become the norm and Auto Shows the Alt Car events.

We Need To Become Smarter About Energy. No surprise here, we are a wasteful nation and a missing valve on a petroleum rig in the Gulf of Mexico the company didn’t want to buy would have stopped the biggest ecological disaster in our history. Ration petroleum, use it better and make it more efficient, is all we could hear at this year’s event. But this year’s AltCar Expo also showed us another mature aspect of the alternative energy car industry. Over the years, mainstream carmakers have shown that they too, have alternative energy cars.

Automobile Electric Industry. If we are witnessing the second generation of alternative cars, hybrids have given birth to more potent plug-in hybrids, PHEV and electric cars easily have climbed above the 60 mile range barrier, it’s interesting to note mainstream carmakers shine in one or two department but not all.

The Toyota RAV4 EV was probably the best SUV drive around with frank accelerations, but doesn’t offer as much as the first generation did. The company’s Plug-In Hybrid Prius is a clear improvement over regular Prius, but other PHEVs already hedge it out. If the Honda Fit EV boasts good performance, it’s handling left me feeling more work was needed. But the Honda Accord Plug-In Hybrid is really the company returning to its roots, completely reengineered and back doing well crafted cars.

Startup Rules. Finally, I’m left to see how once again startups really lead the “revolution” once again. No one produces an electric car like Tesla Motors and CODA does. No one matches these little startups’ range, space and everyday practicality. Yes, and it comes at a price, as in anything new that offers a lot of performance, nothing new here. I still feel CODA offers the best overall electric car, once taking into consideration range, performance, interior space and all.

All in all, after years of witnessing a slow start, electric cars are a reality today and AltCar Expo is pushing the paradigm shift forward.

Tesla Contemplates A New Strategy for China Retail even As Sales Boom
Jay Leno on Elon Musk & EVs: “I Think He Should Get ... Credit"
END_OF_DOCUMENT_TOKEN_TO_BE_REPLACED