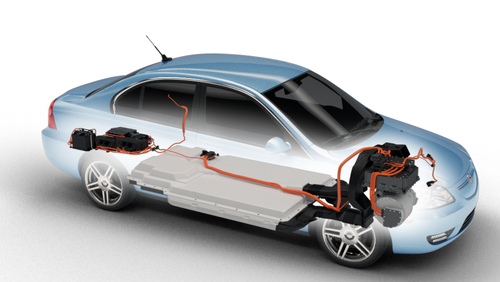 For months Phoenix area Nissan Leaf owners have been concerned over battery capacity loss and premature battery pack aging, presumably due to their hot climate. These Leaf owners are observing a dramatic loss in battery pack capacity, and a resulting decrease in driving range, and are understandably concerned. Where Nissan has relied on an air cooling system for the battery pack, other automakers made other choices. Coda Automotive stressed at a press event earlier this week that they chose an active cooling system specifically to preserve battery pack capacity, and provide good performance in any climate.

Last weekend a massive test by Phoenix area Nissan Leaf owners demonstrated premature aging and battery capacity loss, presumably due to heat. This followed a string of statements by Nissan that the company was investigating the issue, and that there were only a handful of cases. The Nissan Leaf comes with an 8 year battery warranty.

Many point to the lack of an active cooling system on the Nissan Leaf as the problem. This is a design choice which Coda is attempting to exploit for their advantage. At a Coda press briefing earlier this week in Santa Monica, company personnel repeatedly stressed their choice to integrate an active temperature management system as a big plus.

It's well understood that heat can damage lithium-ion batteries. However, Nissan claims battery damage won't occur until temperatures reach the 130-140F range. In cold weather they simply do not perform well and return to normal functioning after warming up.

Coda's electric car includes a battery pack temperature management system and an active cooling and heating system just for the battery pack, separate from the cabin heating and cooling system. This keeps the pack within the preferred temperature range for good performance in any climate. Company engineers showed data claiming a very low rate of degradation in long-term testing, at a much lower rate than for other battery systems. Other data showed dramatically better performance in cold weather. The results they showed are consistent with keeping the pack within the optimal operating temperature range. If the pack never gets too hot, it will not sustain damage, and if it stays warm in cold weather, the car will perform well even when cold.

Another approach to this problem is for the battery to be innately safe in extreme temperature conditions. Back in June A123 Systems announced their Nanophosphate EXT technology which offers better performance in hot and cold weather, reducing the need for thermal management systems. At the time A123 noted that a thermal management system is an energy drain, because it takes power to drive the heating and cooling system, and electric vehicles can preserve energy for driving if they do not have to heat or cool the battery pack. However this technology is still in development and it's unclear how soon it might appear in an electric vehicle from any manufacturer. In the case of Coda and Nissan, both have existing battery supply agreements with other cell manufacturers.

It's clear this is a technological problem that can be fixed with enough engineering. For example, a thermal management system should, as Coda Automotive claims, improve battery pack life and performance. For example, batteries could be designed to innately work correctly in any temperature.

Tesla Contemplates A New Strategy for China Retail even As Sales Boom
Jay Leno on Elon Musk & EVs: “I Think He Should Get ... Credit"
END_OF_DOCUMENT_TOKEN_TO_BE_REPLACED