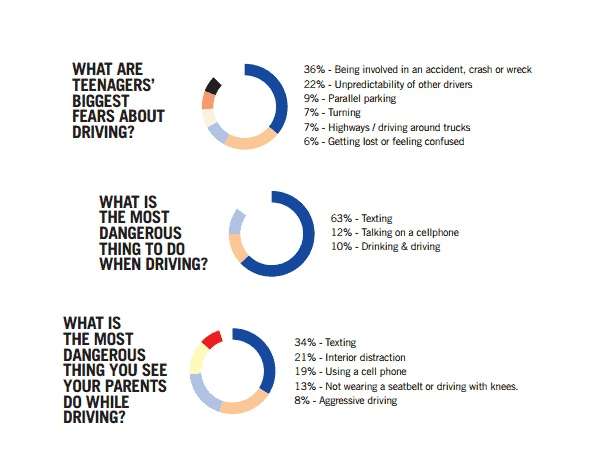 Motor vehicle fatalities are the leading cause of death for teenagers, and while many teens are skipping car ownership and driving, there is a surge in traffic fatalities among teens.
Advertisement

Fewer teenagers are driving, yet more young drivers are dying behind the wheel. That pair of incompatible factoids are behind a study released today by Driving-Tests.org, a leading online driver education provider.

Fewer teens are wanting to drive; yet, there has been a sudden surge in teen driving deaths. Motor vehicle fatalities are the leading cause of death for teenagers. Young inexperienced drivers make up an outsized proportion of all accidents, and 75% of all teen crashes are due to driver error. Summer-time is especially deadly with 8 teens dying in traffic accidents every day between the Memorial and Labor Day holidays. What's going on?

According to the the Governors Highway Safety Association (GHSA), Traffic fatalities among 16- and 17-year-old drivers jumped by 19% during the first six months of 2012. That study indicated teens ranking of the most dangerous thing to do while driving to be (85%): texting, talking on a cellphone and driving under the influence. In that study, 50% of all teens surveyed indicated fear of being in an accident or of other drivers as the safety concern.

A big question in the automobile market is why teens are buying fewer cars than previous generations. Last week GM's Chief Economist said this was due to economics, underemployed teens cannot afford cars. A recent study at the U of Michigan found that was completely untrue, and instead that teens are fearful of driving, and struggling to grasp advanced driving skills.

In the Driving-Tests.org study, they sampled 1421 teen-aged drivers using an online form allowing them to give free-form answers of 140 characters or less (a tweet, in other words).

The results showed many fears around advanced driving skills: 36% - Being involved in an accident, crash or wreck; 22% - Unpredictability of and interaction with other drivers; 23% - Parallel parking, Turning, Highways, Driving around trucks.

The hardest parts of learning to drive were identified as: 24% - Understanding the words and language on the driver’s test; 16% - Developing the right driving skills; 12% - Feeling nervous, overcoming the emotional pressure

While there are fears around advanced skills, perhaps the fears are not primary in their mind: 14% - “I am fearful about driving”; 12% - “Emotional pressure makes it hard to drive”; 5% - “I am afraid of killing someone or injuring my passengers”

Parents are not setting a good example, because of risky behaviors parents take: 34% - Texting; 21% - Failure to focus on the road due to interior distraction; 19% - Using a cell phone; 13% - Safety violations such as not wearing a seatbelt or driving with knees; 8% - Aggressive driving

What is the enticing offer driving holds for teens? 27% - Freedom & independence; 25% - Increased mobility & access to transportation; 14% - I am not excited to drive, I am fearful; 9% - Getting to work, going to school and helping to transport family members