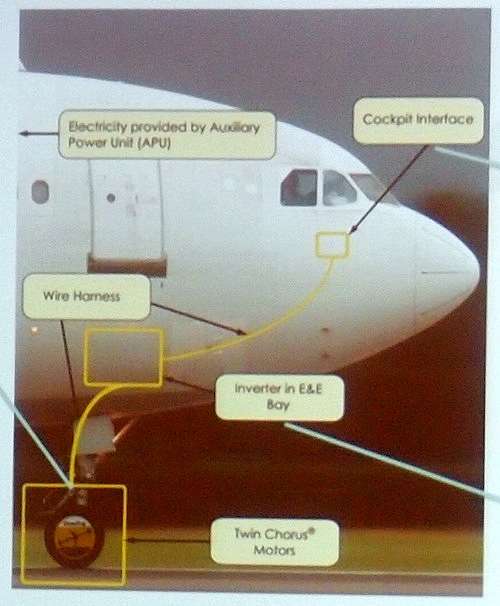 At the Electric Vehicles, Land, Sea and Air conference this week in Silicon Valley, researchers and engineers met to discuss a wide range of electric vehicle applications and technologies.
Advertisement

Electric vehicles are more than just the electrified cars we most frequently cover. This week in Silicon Valley, IdTechEx held the yearly Electric Vehicles: Land, Sea, Air conference to go over the latest of electric vehicles and technology being used in electric bicycles, cars, motorcycles, trucks, farm tractors, airplanes, helicopters, boats, and a couple special ocean-going research vessels. The message one can take away is that electric vehicle drive trains allow vehicle designers more design flexibility allowing whole new classes of vehicles not possible before. The technology being developed for electric cars is also seeing use in electric motorcycles, airplanes, helicopters and more.

Toyota brought along a Toyota Tesla RAV4 EV to show. This car is a collaboration between Toyota and Tesla Motors, and is a RAV4 but with a 100% electric drive train supplied by Tesla Motors. Those with knowledge of recent electric vehicle history recall that in the 1990's Toyota built several hundred RAV4 EV on a low volume basis, primarily to satisfy California's ZEV mandate. Some of those cars are still on the road delivering over 100 miles of driving range despite most of them having been driven over 100,000 miles. The new RAV4 EV has an engine compartment filled with equipment bearing Tesla logos. The passenger and cargo areas are completely available, no space was sacrificed to the electric drive train. The charging port is of the Tesla Motors design, and is incompatible with the J1772 socket, however Toyota is surely going to include the J1772 adapter unit that Tesla Motors includes with the Roadster and Model S. The ship date for the RAV4 EV is still July 2012. The range will be over 100 miles, and the price is still up in the air, however the presenter hinted that the original RAV4 EV price was $42,000.

OXIS Energy told us about their Lithium Sulfur battery technology. It is a "high power," "low cost," and "inherently safe" battery technology that could, in a few years, dramatically change electric vehicles for the better. It's still in a research phase but rapidly moving towards being manufacturable in 2016. The company expects 460 watt-hours/kilogram which is well over twice the energy density of today's lithium ion battery systems, which typically store 150-250 watt-hours/kilogram. What this means is a vehicle using this technology could store the same quantity of energy, give the same range, in a battery less than half the size. Or a vehicle could give more than twice the range in a battery of the same size.

A researcher in IBM's Battery500 project presented on their Lithium-Air research. This technology promises dramatically higher energy density, however there are a great many technical challenges to overcome and we were cautioned to not expect any manufacturable result until 2030.

An engineer with Pipistrel talked us through the construction of that company's prototype electric airplane which won last summer's Green Flight Challenge. That contest, sponsored by NASA and Google, challenged teams to build electric airplanes to fly 200 miles in less than 2 hours, use the energy equivalent of 1 gallon of fuel per occupant, at an average speed of over 100 miles per hour, and land with a significant energy reserve on-board. There are several companies around the world already manufacturing and selling electric airplanes, and Pipistrel is one of those companies. The primary role for electric airplanes today is in flight training schools, where the primary cost is fuel and maintenance, and electric airplanes are much cheaper on both counts. The Pipistrel aircraft was built by joining two of the company's Taurus Electro G2 airplanes, mounting a wing between the two fuselage's, to create a rather odd looking airplane with two fuselages and a very wide wingspan. The team began with a sketch in December 2010, and had a working airplane by May 2011. The plane was shown at the Oshkosh Fly-in during July 2011, then brought to California for the contest in September. Their final result was a fuel efficiency of 403.5 miles/gallon, average flight speed of 107 miles/hr.

A most interesting gizmo has been developed by WheelTug for use with jumbo jetliners. The problem targeted by WheelTug is the time jet airplanes sit on the ground with engines running. This is wasted fuel that wastes fuel and creates excess pollution. The wasted fuel is a cost the airline companies want to avoid, and the company believes their technology can improve efficiency of airport operations near terminals. The WheelTug is a large electric wheel motor that fits onto the nose landing gear of an jet airplane, replacing the normal wheel used on these aircraft, and is powered by on-board power units. That wheel motor is sufficient to move the airplane around the ground without requiring an external tug, or requiring the pilot to use the jet engines for this purpose. Jet engines turn out to be an extremely inefficient way for taxing aircraft, and the electric WheelTug does the job more efficiently. It also allows ground crews to completely do away with ground based tugs to push back aircraft, this avoids the risk of the ground tug damaging aircraft. It also speeds up ground operations because the aircraft can now roll itself back and then just get going, rather than having to wait for the ground tug operator to disconnect the aircraft from the tug before it can roll away.

Two scientific research groups presented different designs for electrically powered autonomously driven research vehicles. One, built by a team at the University of Michigan, is an electric autonomous seaplane. This means it can fly itself around an area on a research mission, alternatively landing on water and flying from place to place. It resembles a large R/C aircraft, but rather than being remotely controlled it carries on-board robotic control systems to fly itself satisfying whatever mission it is programmed to carry out. The Phase II aircraft weighs 70 lbs, and has a 12 foot wingspan. By carrying solar panels on the wings the aircraft can gather electricity and stay on a mission for a period of days or weeks.

The second, by a team with the Monterey Bay Aquarium Research Institute, targets underwater research missions. The form factor is similar to a torpedo and it has an operational range of a couple hundred miles, and can go to depths of 6000 feet.

The range of vehicles demonstrate that ingenuity has not been lost in modern times, and that electric vehicle technology gives whole new avenues of design flexibility. Whether it's simply a better SUV, or an electric assist for a jet airliner, electric drive train technology is a wave of change affecting all facets of transportation.

Toyota's First EV Will Have a Name of BZ: Toyota BZ
First Videos From Inside The Boring Company's Las Vegas Loop
END_OF_DOCUMENT_TOKEN_TO_BE_REPLACED