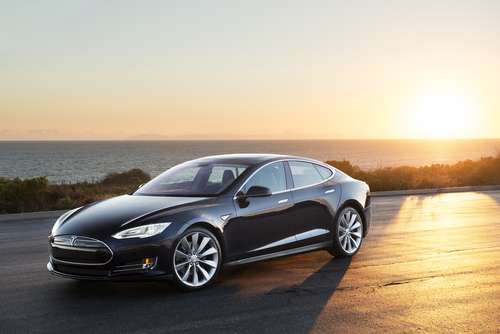 California's Clean Vehicle Rebate Project offers up to a $2,500 for electric cars on top of the $7,500 federal tax credit, and the 60 kilowatt-hour Tesla Model S was just listed on the CVRP website.
Advertisement

The 60 kilowatt-hour Tesla Model S was quietly added to the California Clean Vehicle Rebate Project's (CVRP) list of approved vehicles. This makes 60 kWh Model S buyers in California eligible for an additional $2,500 of purchase incentives on top of the $7,500 federal tax rebate.

The last feature offers the biggest functional improvement, because of the country-wide supercharger network Tesla has begun to build. Parts of the SuperCharger network exists in California, and as of December 2012 in two locations on the East Coast. When built out as envisioned, Tesla Model S or Model X owners will be able to drive coast-to-coast purely on electricity. Because the SuperCharger gives 150 miles of range per half hour of charging, the Model S is the first electric car that can credibly implement a proper road trip, given sufficient SuperCharger stations.

The Clean Vehicle Rebate Project (CVRP) is funded by the California Environmental Protection Agency's Air Resources Board (ARB). The program offers a direct rebate to electric vehicle purchasers, rather than a tax credit as offered by the federal government. The size of the rebate depends on the vehicle type, as well as the battery pack size. The Model S, like most of the all-electric cars, qualifies for the maximum $2,500 rebate. The hybrid and plug-in hybrid cars generally qualify for a smaller rebate. Electric motorcycles are also covered by the CVRP, and offer a maximum $900 rebate.

Between the Federal tax credit and the CVRP it lowers the effective base MSRP to $59,900.