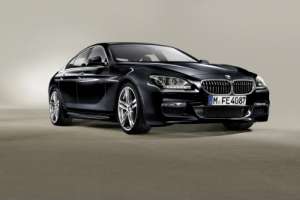 Will it be BMW or Mercedes who takes top place in US luxury sales for 2011?
Advertisement

When it comes to luxury cars, Americans like Mercedes-Benz and BMW a lot. The two German brands have had a lock on first and second place for most sales in their class for several years. At the end of November, according to automotive information online resource Edmunds.com, BMW was ahead by 1,582 vehicles. That’s not a huge margin, so BMW was willing to sweeten the pot to entice more buyers in December by increasing its incentive spending.

“The 2011 luxury sales race might as well be a battle of the deal-seekers versus the trend-setters,” says Edmunds.com analyst Ivan Drury. “In one corner, you have great deals available on BMW’s remaining 2011 3 Series vehicles, and in the other corner is a fresher product with the 2012 C-Class. But since luxury car buyers notoriously crave the newest models, Mercedes-Benz could have the advantage.”

While the final numbers aren’t in yet, a sales mix analysis by Edmunds.com indicates that 23.6% of BMW’s December sales were 2011 model year vehicles. Only 5.6% of Mercedes-Benz’s December sales were 2011 vehicles. Edmunds.com theorizes that’s because the entry level 2012 Mercedes-Benz C-Class sedan is already available, while BMW’s 2012 3 Series sedan isn’t.

In what’s probably good news for the economy but not such good news for car buyers, several of the large auto manufacturers lowered the offered incentives in December 2011 as compared to 2010. That’s not surprising, given the increased vehicle sales in 2011 compared to the previous year. Edmunds.com says the industry average incentive for December 2011 was 8.8% lower than in 2010. Here are their numbers for the “Big Six.”

Let’s hope it’s not just the auto industry that things are getting better for.