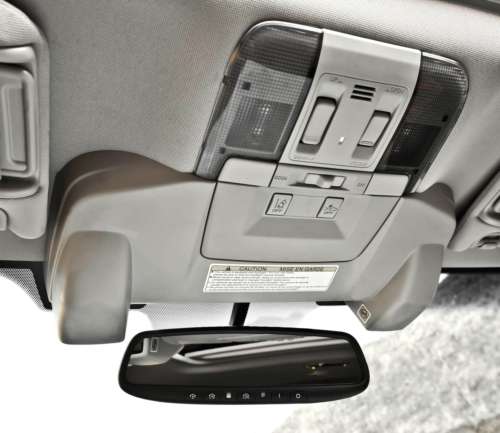 Subaru has announced the debut of its new safety system and technology, EyeSight, which help drivers avoid collisions, keep their vehicle inside the lane, and even more. Subaru plans to debut EyeSight at the New York International Auto Show in April.
Advertisement

What is EyeSight? The system integrates adaptive cruise control, pre-collision braking, and vehicle lane departure warning. The new technology, which can also detect obstacles in front of a parked car, limits potential damage. EyeSight is similar to those that we have seen from many other automakers.

The new safety and driver assist technologies will be available on the on 2013 Legacy and Outback models. EyeSight will subsequently appear on other vehicles in Subaru's vehicle line-up.

EyeSight works by utilizing two charge-coupled device (CCD) cameras which were developed by Subaru. EyeSight is mounted inside the car on the upper edge of the windshield, thus reducing the potential for damage that could occur in bumper-mounted systems, such as radar. (The stereo camera design of EyeSight actually provides a detection angle wider than that of radar-based systems.) The EyeSight system processes stereo images to identify the vehicles traveling in front, as well as obstacles, traffic lanes and other items. Then that video information is relayed to the EyeSight computer, which is also networked with the car's braking system and electronic throttle control. Below speeds of approximately 19mph, EyeSight is capable of detecting pedestrians or objects in the vehicle's path. It will activate in order to mitigate or even avoid the collision. Eyesight is able to bring the car to a complete stop, in some situations, thus avoiding a collision.

Pretty great safety technology and it has many other features too. The system also has a Lane Departure warning system. EyeSight will detect if a car begins to wander outside of the intended lane, by monitoring traffic lane markets and lines, and will alert the driver. (Using the turn signal cancels the warning.)

Subaru says the system can be most convenient in "stop and go" freeway traffic by maintaining distance from the vehicle ahead, thus reducing driver fatigue. In heavy traffic conditions, EyeSight will also alert the driver when the vehicle ahead has moved if he or she doesn't react within several seconds.

Other cool features include technology that can also help reduce collision damages by cutting the throttle when it senses an obstacle in front, even if the accelerator pedal continues to be pushed. The system is also supposed to be effective when a driver shifts into 'Drive' inadvertently instead of 'Reverse' when backing out of a parking space.

Subaru claims EyeSight will be one of the most affordable systems in the US vehicle market, although we do not know at this time what the price point will be. EyeSight, for now, will be optional on the Legacy and Outback, Further information about the safety system from Subaru will be released at the New-York Auto Show.