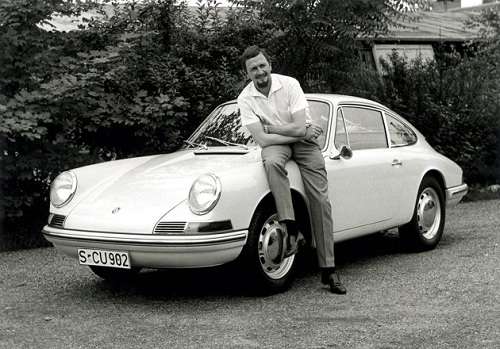 Ferdinand Porsche, the legendary designer of the Porsche 911, has died today at the age of 76 in Austria.
Advertisement

Details about how he died have not been released by Porsche or his family at this time. However Porsche did release this statement by Matthias Müller, President and CEO of Porsche, about the iconic designer;

“We mourn the death of our partner, Ferdinand Alexander Porsche. As the creator of the Porsche 911, he established a design culture in our company that has shaped our sports cars to this very day. His philosophy of good design is a legacy to us that we will honor for all time.”

Ferdinand Alexander Porsche was the oldest son of Ferry Porsche. His grandfather was Ferdinand Porsche, who created another iconic vehicle design, the VW Beetle.

F.A. Porsche, was his nickname and his whole life was shaped by cars in some way. He went to school to the Ulm School of Design and after graduating joined what was known as Porsche KG in 1958. Many might have thought he got the job just because of his name (well he probably did) but he proved his skills by modeling the 356 successor out of plasticine.

In 1962 he took over as head of the Porsche design studio. A year later he created a car that has become known around the world and the shape changed little since its inception, the Porsche 911. (It was introduced as the Porsche 901.)

F.A. Porsche received numerous honors and awards both for his work as a designer. In 1968 the “Comité Internationale de Promotion et de Prestige” honored him for the outstanding aesthetic design of the Porsche 911 while the Industrial Forum Design Hannover (iF) voted him “Prizewinner of the Year” in 1992. In 1999, the President of Austria bestowed on him the title of Professor.

Along with his design team he also designed an amazing amount of industrial products, household appliances and consumer durables for various clients.

“Design must be functional and functionality has to be translated visually into aesthetics, without gags that have to be explained first.” said the late and great F.A. Porsche about design.

F.A. Porsche might be gone, but the 911 sports car that he designed will be remembered by gearheads everywhere for quite a long time.