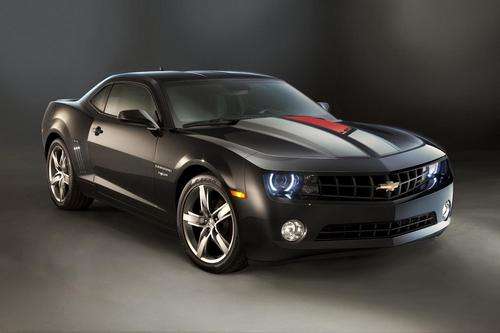 Chevy Camaro to be made available in the UK

If you are living in the United Kingdom and have longed to drive some Detroit Muscle from Chevrolet, your prays and desires have been answered. That is because The Chevy Camaro is now going to be available in Britain.
Advertisement

Chevy claims the new Camaro provides great performance, great looks and good value for the money. (I don't know if Ford would agree!)

In addition to these standard Coupe and Convertible models Chevy will be offering, the company is also offering the 2012 45th anniversary Camaro. 2012 Anniversary Camaro is finished in striking Carbon Flash Black with bespoke red and silver anniversary stripes, dark silver 20-inch alloys, a unique 45th anniversary leather interior with red, white and blue stitching and a one-off white-backed instrument panel. It’s priced at £36,495 for the Coupe or £41,495 for the Convertible. It is important to note these will only be avaialbe for a limited time, so you better hurry if you want one.

Power comes from a 6.2-liter V8 engine developing 432-horsepower, with 0-62mph acceleration around 5.2 seconds for the manual Coupe. The Automatic comes with a 405-horsepower engine and goes from 0-62 in and 5.6 seconds (auto Convertible).

If you want to go faster than 155mph, you are out of luck. Camaros have an electronically limited top speed of 155mph. Those interested in modding out their Camaros in the UK will surely find a way around this roadblock though.

Customers in the United Kingdom wishing to buy a Chevy Camaro can now do so. The first cars should be arriving in dealerships in late spring of this year.

Even though I like Muscle Cars, you should be aware that to my knowledge Chevy has no intentions of making Right-Hand Drive (RHD) Camaros for out friends across the Atlantic. That means Brits looking to buy a Camaro must buy a model with the steering wheel on the left, which is the wrong side if you are in England. If I was British, I would expect to get a RHD car if I was spending that much money on a vehicle.