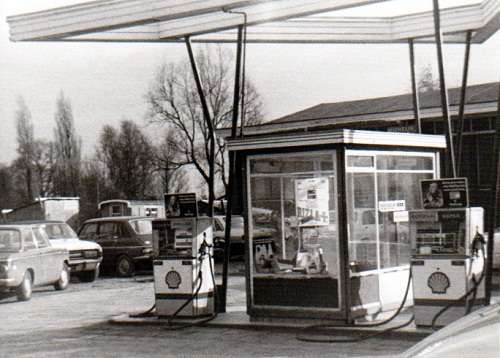 Have you been noticing that gas prices seem a little lower in certain areas in the United States? It’s true. Gas prices have been falling since the month of May, according to the Sun Sentinel and we have statistics for the state of Florida, specifically.
Advertisement

Many gas stations in the area have been lowering their prices on their gas nearly a penny per gallon of regular unleaded gas. This decrease has been noticed to be occurring daily over the past two weeks, specifically in both South and Central Florida.

The good news is that gas prices are expected to continue to drop as much as 25 cents per gallon by the end of December, 2011. The reasons? Crude oil prices are falling, the economy is stuck in neutral, seasonal prices are expected to decline and fall and winter weather gas formulations tend to be cheaper than summer fuel blends, according to the Sun Sentinel.

Neil Gamson, petroleum forecaster for the federal Energy Information Administration in Washington, D.C. made this statement: "It's about what we expected. In Florida, your prices have dropped 10 or 11 cents a gallon in less than two weeks and that's a big decrease."

Gamson continued on to share what he believes the reasons for gas price declines in this statement: “There are several [reasons]. One is that we are past September 15, which is the date when refiners change from the slightly pricier "summer blend" of gasoline, to the winter formula. Another is that the traditional summer driving season is over, the kids are back in school, and demand has lessened. And third, some types of crude oil has dropped in price, lowering the average price of the whole crude market. West Texas Intermediate, a type of crude oil considered a barometer for the market, "is down $5 or $6 a barrel. Louisiana Light is down $7 or $8 a barrel."

How low can gas prices go in the state of Florida? It’s looking pretty good compared to the past few years now.

It was reported that on Monday afternoon, the national average of gas prices for regular gasoline was $3.49 a gallon for regular gas, which was down from $3.60 a month ago. Monday's average was $3.46 in Florida. More specifically, the average prices were $3.58 in Fort Lauderdale (South Florida) and $3.39 in Orlando (Central Florida). However, remember that only one year ago, gasoline prices were at a national average of $2.70 per gallon. In the state of Florida, the average gallon of gas for regular unleaded was at $2.69.

Some ask what could possibly make gas prices go up again, rather than keep decreasing. There are several factors that influence gas prices.

Gamson said in this statement: “A hurricane, perhaps, or some sort of other disturbance in the Gulf of Mexico. But the chance of that lessens every day, with the end of the official hurricane season nine weeks away. A huge and unexpected demand for heating oil in the northeast could affect prices, but that isn't in the forecast. And, of course, we never know what could happen in the Mideast to upset oil prices.”

U.S. Senator Bill Nelson of Florida and several of his colleagues have introduced legislation to limit the ability of speculators to artificially drive up energy prices, according to the Sun Sentinel. Nelson made this statement, “With any commodity, you have speculation.”

It's too early to tell if Nelson will be successful, and if so, how much it would affect pump prices. However, gas prices could drop another 25 cents a gallon or so between now and the end of the year, according to Gamson. He shared that, “It won't be cheap, but barring any upward and hopefully temporary spikes, it won't be an unpleasant holiday surprise.”