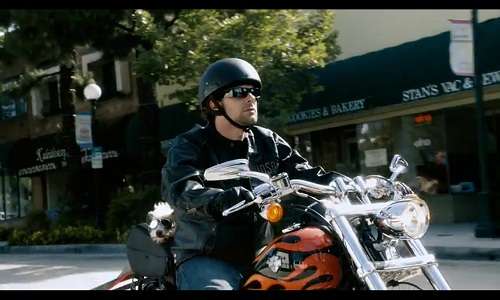 Harley-Davidson Motor Company has just launched an innovative and interesting new advertising campaign that may just trump all others. The motorcycle company's advertisement was aired during the season premiere of Sons of Anarchy on the FX network and had animal lovers exhilarated.
Advertisement

The Harley-Davidson name stands on its own and sells itself. Harley-Davidson has hardcore fans with unwaivering loyalty to the brand; however, it is never a bad idea to have exciting, edgy and evolutionary advertising campaigns to help sell the product.

The most recent advertisement from the popular "No Cages" campaign was called "Liberation". "Liberation" highlights Harley-Davidson's new Twin Cam 103™ engine, which now comes as a standard feature on all their 2012 Touring, Softail® and select Dyna® motorcycles and the commercial could be seen as having a double meaning.

Crowd-sourcing partner Victors & Spoils shared the idea of the campaign. Ideas were sent in online and the best was selected, further developed and the creator was rewarded. The idea that was selected for "Liberation" came from Benjamin Swan of Sioux Falls, South Dakota. Swan is a 30-year-old filmmaker and visual content creator, who believes that “collaboration breeds creation.” Swan stated, “An idea lacks dimension until it is looked at from different sets of eyes.”

In a press release, Mark-Hans Richer, Harley-Davidson's Chief Marketing Officer made this statement, “We are uniquely able to use crowd sourcing for all of our major creativity because of the passion and advocacy of a broad customer base all over the world. This process has helped to liberate the creativity of our most passionate of fans. This latest effort builds upon our momentum as the on-road motorcycles market share leader in the United States, as well as our leadership in sales to young adults, women, Hispanics and African-Americans and the growth we've made in international markets."

Harley-Davidson is an American motorcycle manufacturer founded in Milwaukee, Wisconsin. The Motor Company has held up to the test of time, enduring and surviving the Great Depression, a period of poor quality control and major competition from Japanese manufacturers.