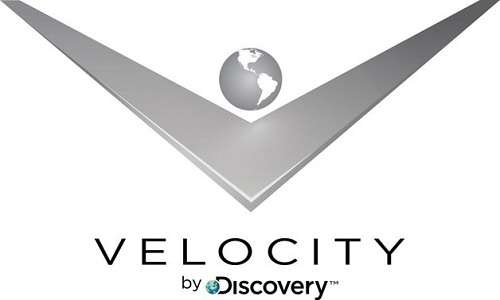 Discovery's Velocity show should also be geared towards women

The Discovery Channel is introducing an exciting new program called Velocity for car enthusiasts. Get ready because in late 2011, this diverse and original new series will be sharing exciting and great information and specials with all who share love and passion for automobiles.
Advertisement

The network claims this programming of Velocity will be geared towards an upscale male audience by delivering programming that, according to the Discovery Channel will be, “Character-driven, dramatic and engaging. From multi-million dollar auctions and incredible auto makeovers, to high-stakes gaming and insider guides to "the good life," Velocity will touch on all the subjects that appeal to the upscale man. The on-air look and feel of Velocity will be both timeless and timely, from its neo-classic logo and graphics package, to its prominent usage of rock and roll music.”

Many beg to differ with the Discovery Channel’s choice to market the show to only the male audience. There are plenty of female car enthusiasts who will be tuning in to the station to light up their living rooms with the sounds and sights of all kinds of vehicle information -- in only the way the Discovery Channel can do it.

Discovery cited that their program is “an upscale male lifestyle network”. The show Velocity will be featuring more than 400 premiere hours of “new and returning series and specials showcasing the best of the automotive, sports and leisure, adventure, and travel genres.” Perhaps they shouldn’t leave out the female audience which statistically could help make their new programming a bigger success than originally thought by only targeting a male demographic.

Perhaps fans of Danica Patrick, who was the first female race car driver to win a major Indy Car race in Japan and two years before that was the series Rookie of the Year, and finished in 4th place at the famed Indianapolis 500, or Ashley Force, who won a NHRA (National Hot Rod Association) championship race by beating her famous father, legendary 14 time Funny Car champion, John Force, head to head in the competition or Desire Wilson, Lyn St. James, Sarah Fisher, Divina Galica, Desire Wilson, and Giovanna Amati, just to name a few, will be watching Velocity on Discovery as well.

In any event, the new hit series currently on HD Theater; including Inside West Coast Customs, Mecum Auto Auctions, Café Racer and Chasing Classic Cars are scheduled to be on the exciting 2011 primetime fall lineup. The Discovery channel states on its website that it plans to offer, “World-class production values and picture quality, Velocity will continue HD Theater's reputation for stunning visuals, established when it became the first-ever all-HD network in 2002.”

Robert S. Scanlon, Senior Vice President of Velocity made this statement: "In the same way that a car once defined the person who drove it, Velocity will define the viewer who watches it. Whether you are a car aficionado or just someone who prefers fast-paced, high-stakes television, Velocity will become a must-have entertainment destination."

David Zaslav, President and CEO of Discovery Communications made this statement: “Velocity continues Discovery's tradition of maximizing the value of each of its cable platforms. It is going to be a game changer when it officially joins our portfolio of U.S. networks later this year. As the first network devoted to the upscale men's market, Velocity will be a hub for viewers within this key demographic, as well as the wealth of advertisers that target them."

LG's New EV Battery Plant Is a Welcome News for Tesla
Tesla Giga Berlin's New Hurdle: It's Not Only the Gov't, but Now Tesla Itself
END_OF_DOCUMENT_TOKEN_TO_BE_REPLACED