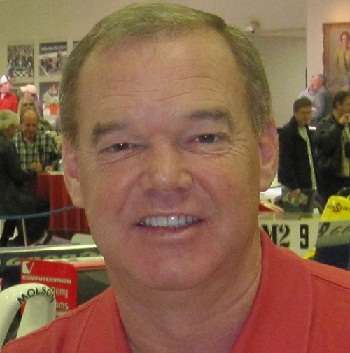 A bloodshot-eyed Unser Jr., 49, was busted by deputies on Coors Boulevard after he drag-raced his snow white Chevrolet Suburban on Paseo del Norte near his home in Albuquerque. Unser's faster opponent eluded arrest.

“You caught the slower driver,” the Albuquerque Journal quoted Unser as saying to a sheriff's deputy as he was being arrested.

Unser, also known as "Junior" when he raced professionally, smelled of alcohol and slurred his words, police told an Associated Press reporter. Police released Unser from the Metropolitan Detention Center jail on his own recognizance. Unser exceeded the speed limit by 41 mph while impaired.

He was a driving coach and pole-car driver for IndyCar until Thursday. But because of this incident, ''Al Unser Jr. has been suspended indefinitely and relieved of his duties ... pending further investigation,'' IndyCar said in a statement.

Dave Kallmann, a commentator for the Milwaukee Journal Sentinel, said in his column today that it's easy to root for a guy like Unser (pictured) to lick this problem he has with drinking and driving.

"I wanted to believe Al Unser Jr. could keep his well-known demons in check. ... Little Al's a good guy. At least that's how he has always seemed, both before his alcoholism came to light and after he'd said he had his life back in order. We don't know, of course. Can't know. But that's how Unser came across. He's likable and genuine, a grownup version of Opie, the TV character of his youth whom he happened to resemble. Someone like you or I, regardless of the zeros on his bank statement or the trophies on his shelf. A standup guy."

Bur Unser's troubles this week aren't his first bout with his own foibles. Unser failed sobriety tests in January 2007 in Henderson, Nev., when he was booked for driving with a blood-alcohol limit that was three times the legal limit. Unser at that time pleaded no contest to "driving under the influence" after a late-night hit and run on the Las Vegas Beltway in which nobody was hurt. According to media reports, Unser lost his driver's license for three months and paid a fine.

Little Al Unser is the son of Al Unser and the nephew of Bobby Unser, who both also were Indy 500 winners. The younger Unser won the Indianapolis 500 in 1992 and 1994 as well as two CART points titles and two IROC championships.

The ABC Wide World of Sports Athlete of the Year in 1994 raced as an open-wheel driver from 1982 to 2007 for Forsythe Racing, Shierson Racing, Marlboro Team Penske, Galles Racing, Kelley Racing, Patrick Racing, Dreyer & Reinvold Racing and A.J. Foyt Enterprises, winning 34 times in 329 races. He was named to the Motorsports Hall of Fame in 2009.