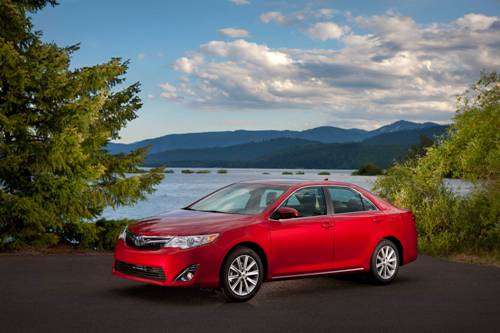 (TorqueNews) The Toyota Camry, newly redesigned for 2012, is the most searched for vehicle of all time on LeaseTrader.com since 1998, excluding luxury and premium cars, the Web site said.
Advertisement

A total of 8.4% of total non-luxury lease transfers through LeaseTrader.com have involved the Toyota Camry, with the next closest by transaction volume being the Toyota Corolla (7.6%), said Sergio Stiberman, CEO of LeaseTrader.com.

The Camry has been the best-selling car in America for nine years running and 13 of the last 14 years. Since it was introduced in 1983, more than 8.5 million Camrys have been sold in America and 15 million of them have left Toyota showrooms worldwide.

“The Toyota Camry does extremely well because it’s one of the most affordable, reliable and feature-rich cars on the road,” Stiberman said.

“The reason why it does so well on LeaseTrader.com, though, is because Toyota has a favorable leasing policy that allows for full transfers, which is something every lease customer wants in a vehicle. Congratulations to Toyota and we look forward to the 2012 Camry (pictured) having continued success within the LeaseTrader.com marketplace.”

Within the LeaseTrader.com marketplace, the Toyota Camry is the only non-luxury vehicle where the “search for” demand has consistently outweighed the “lease escape” demand, Stiberman said. The first half of 2010 was the only time frame where there were more inquiries to list a vehicle than take over a vehicle due to the recall at the time.

A March 11 earthquake in Japan created supply snags getting the 2011 Toyota Camry to market. Because there was a dearth of deliveries to showrooms, it forced leasees to seek Camrys from alternate channels. By April, search demand for new Toyota Camrys on LeaseTrader.com had jumped 12.5% compared with year-ago levels, and search demand peaked at 14.6% in June. Most people sought leases with 12 months or less remaining on the lease as a way to bridge them into normal end-of-year inventory levels at Toyota showrooms.