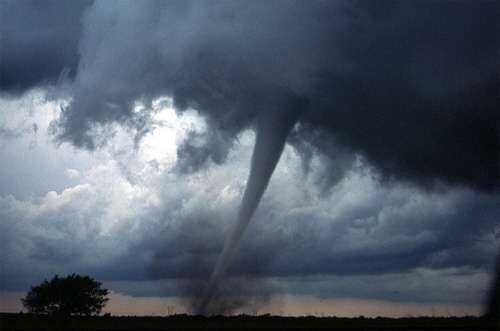 The tsunami that socked Japan in March had such an impact on Toyota's Japanese employees that it inspired them to go out of their way to help small-town Americans victimized in April by tornadoes in the deep South.
Advertisement

The car company and its empathetic employees in Japan have teamed to donate $330,000 to relief programs in Alabama and Mississippi, where tornadoes did severe damage to communities that are home to Toyota assembly plants. “We are grateful to our colleagues in Japan for their generosity to the tornado relief efforts particularly during their own difficult time following the March 11 earthquake and tsunami,” said Steve St. Angelo, executive vice president of Toyota Motor Engineering & Manufacturing North America Inc.

“Many of our Japanese colleagues and their families have worked and lived in parts of the U.S. where the tornados struck and many more regularly work with affected manufacturing plants, suppliers and dealerships in the region. They wanted to help and their donation demonstrates the true human spirit of reaching out to those in need. We deeply appreciate their thoughtfulness.”

The powerful EF5 tornadoes that ravaged Mississippi and Alabama were on April 27, 2011. They were the most devastating tornadoes in the world since 2008. Winds exceeded 205 mph and tore homes and businesses from their foundations.

Sixteen people were killed and 40 people were injured in Smithville, Miss. Smithville comprises 1.5 square miles, most of it land. The Census says there are 882 people in the community living in 365 households.

Eighteen people were killed by the same tornado in Hackleburg, Ala. The Red Cross declared the city 75% destroyed five days later. Hackleburg comprises 15.3 square miles, all of it land. It has a population of 1,527 people living in 657 households.

Twenty-six people died in the April 27 tornado in Rainsville, Ala. The city comprises about 20 square miles, most of it land. About 4,500 people live there in 1,880 households.

U.S. and Canadian auto workers have helped others in need also. Toyota and its North American employees in May donated $1 million to the Red Cross to aid tornado-relief efforts across America.

Toyota owner Ryan Lavender, after reading this TN report on the Internet, said it touched him.

Curtis Holmes of Cocoa Beach, Fla., who also owns a Toyota, is impressed with the giving spirit of the Japanese workers. The impact on him: "Toyota for life! That's all I've got to say! Toyota for life!!!!"