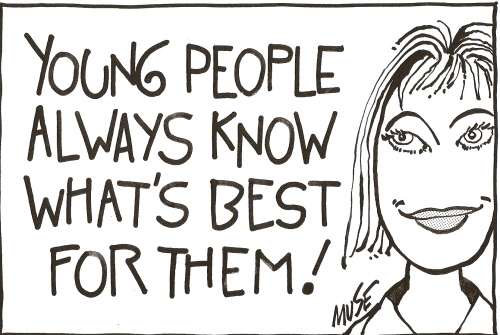 Michigan's Legislature, in support of teenagers statewide, has given its blessing to House Bill 4533 and sent it to Gov. Rick Snyder to sign and implement. The new legislation eases driving restrictions for teens who are good drivers with exemplary records.
Advertisement

Teens with Level 2 licenses will now be allowed to drive between 10 p.m. and 5 a.m. if they are going to or from a school or school-sanctioned event such as a dance or game, or an event sponsored by a church or synagogue, after the governor signs off on the change.

The new rules also would allow Level 2 drivers to carry more than one unrelated minor in the car he or she is driving if accompanied by an adult who is licensed to drive, if traveling to or from an authorized activity.

This allows younger drivers to be behind the wheel, for example, when their parents are too tuckered out to drive home from a Friday night football game or Tuesday or Thursday night basketball game at the high school.

“I commend lawmakers for listening to parents across the state and acting quickly to pass these reasonable exceptions to the driving restrictions,” Secretary of State Ruth Johnson said. “I especially want to thank Sen. Schuitmaker and Reps. O’Brien and Rogers for their leadership in moving this legislation. These added exceptions maintain safeguards for new drivers while allowing them to drive themselves and their friends to legitimate activities.”

“These new exceptions protect teens while still giving them the needed ability to travel to school and extracurricular events,” Rogers said. “The changes make the new restrictions fair and consistent for new drivers.”

Parents were demanding this change.

“Families throughout the state were rightly concerned about the inconvenience the ... restrictions created,” Schuitmaker said. “By adding these new exceptions, we’re keeping Michigan roads safe and allowing parents greater ability to decide what sort of after-school events their teen can drive to.”

The restrictions have been in place since March 30 for Level 2 license-holders, but the impact has been great inconvenience on families, and that's why they've been overturned, legislators said. Many Michigan families found the restrictions burdensome and contacted lawmakers to fix the problem.

Teens progress to Graduated Driver License Level 2 status after turning 16 and after they pass a road test and complete segments 1 and 2 of the driver’s education course. Before advancing, drivers also must be free of violations, suspensions and at-fault crashes.

To get a Level 3 license, teens must be 17 and not have tickets, suspensions and at-fault crashes. Level 3 drivers have no restrictions.

You can reach TorqueNew.com's Hawke Fracassa at [email protected]