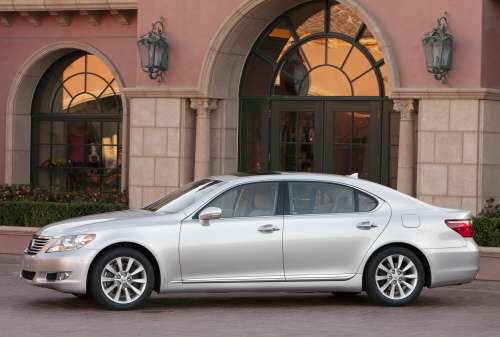 NADAguides reported today that American car buyers are paying a premium for new and preowned 2011 models that they really want. It's an unusual trend that more than 100 used 2011 models have a premium showroom value that surpasses 2011 MSRP prices – some preowned 2011s are worth almost 40% more than their original MSRPs.
Advertisement

One cause is a shortage of used-car inventory and that has happened because people are choosing to buy used vehicles first and hanging on to what they've got longer.

With a lower supply of 2011 model year vehicles and higher used vehicle prices, coupled with manufacturers trying to keep prices competitive, "it was only a matter of time before the used prices surpassed MSRP,” said Troy Snyder, director of product development for NADAguides, which has documented the trend.

NADAguides numbers show new car sales over the past three years have been significantly lower due to the gasping economy, even though there is a current uptick that puts new car sales on track to exceed 12.7 units in America in 2011.

Another factor for the premium sales: Lease returns. Dealerships rely on them heavily for used car inventory, and they have become much lighter as more consumers take advantage of great prices to buy out the vehicle.

Another cause of the trend is the March 11 quake and tsunami in Japan that created a shortage of new 2011 model year vehicles from Japanese carmakers, because production was disupted. The shortage decreased availability of used 2011s and upped their resale value and created an opportunity to put premiums on new vehicles because consumers have had fewer choices. In turn, price boosts for new vehicles pushed some buyers toward less expensive preowned cars.

NADAguides says used vehicle prices are up significantly across the board compared with year-ago prices. Sales data shows price changes for 1- to 5-year-old used cars are up nearly 14% for August 2011 compared with August 2010 peices. Prices are up for everything else as well: Used vans (+7%), sport-utility vehicles (+6%) and pickups (+4%).

Of the 107 models identified by NADAguides as having higher used retail prices than new MSRP prices, 48.5% are sedans or coupes, 37.3% are sport-utility vehicles and the remaining 14% are trucks and vans. Additionally, 27 of the 107 vehicles are luxury models – roughly 25%.

Jonathan Banks, executive automotive analyst for the NADA Used Car Guide, said interest is growing in luxury cars like the Lexus LS 460 (pictured) and any BMW or Mercedes-Benz automobile.

“As shown, nearly 25% of the models with higher used retail prices are luxury vehicles. Collectively, the luxury segment used vehicle prices remain resilient in the face of the ongoing economic concerns, as more cost-conscious consumers in the market for a luxury vehicle increasingly look to the used market as a more affordable alternative to a new luxury vehicle," Banks said.

"Additionally, we anticipate that the ongoing strength in demand for all used vehicles joined with the severe lack in supply should help maintain used retail values for the foreseeable future.”

With this emerging trend of used retail prices being higher than MSRP, it is possible that this trend may stay static until inventory grows, NADAguides says. NADAguides analysts predict that many consumers, despite low consumer confidence levels, will consider a new car over a used car due to new car benefits such as warranty and no mileage for a similar or lesser price than purchasing its used counterpart.

Typically, used car prices begin to fall in the fall, but analysts at NADAguides expect used car prices to stay high. That makes this a great time for consumers to purchase a new 2011 model year vehicle at a great price or to sell their used vehicle because it will likely be sold for top dollar.