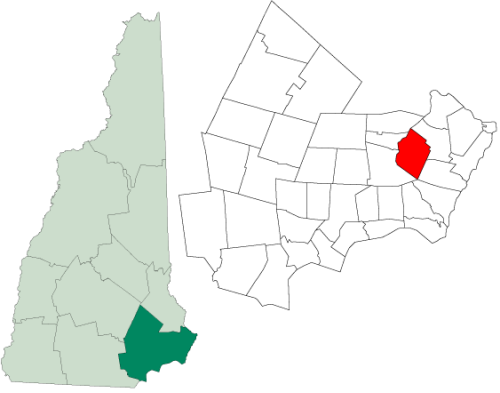 A new Mitsubishi auto dealership is opening in November near Portsmouth, N.H., in the town of Stratham. Stratham Mitsubishi is setting up shop at the same location where new Jeeps were sold for almost half a century until hard economic times choked off sales and put the dealership out of business.
Advertisement

“This is an awesome spot,” General Manager Tammy Yahyapour told Portsmouth Herald reporter Aaron Davis in an interview. “We live in Stratham and we love being very involved in our town. Being here is very close to us and we will be well known to our town as far as helping out with the SPCA, the Police Department and different organizations.”

The Yahyapours chose the former Gil’s site to renovate and reopen as Stratham Mitsubishi because the 16-square-mile town is close to Route 101. They have set a grand opening date of Nov. 1.

“There will be a tailgate party at the opening,” Tammy Yahyapours told the Herald. “We will put up a big screen and cook hamburgers and hot dogs. We are also thinking of doing turkey dinners for the needy on Thanksgiving.”

The Stratham Mitsubishi dealership will sell new Mitsubishis and preowned BMWs, Saabs and Mercedes-Benzes. The Yahyapours will pitch the Mitsubishi Lancer Evolution and the Outlander, for the most part. And the “i,” an electric car that Tammy Yahyapours will learn more about at an auto dealer conference in November.

Tammy and Sam will manage Stratham Mitsubishi. They're taking applications right now for a finance manager and three sales people.

The previous dealership there, Gil’s, had been at the site in Stratham for 45 years until it shut in February due to economic challenges, according to a Portsmouth Herald report. Chrysler killed its contract with Gil's in May 2009 and stopped sending new Jeeps to be sold in New Hampshire. Gil's was unable to survive by selling just used cars and trucks.

The community has money and can afford to buy Mitsubishis. According to U.S. Census data, there are more women than men living in Stratham, 99% of the town makes money above the poverty level and the average per-home income exceeds $81,000. Most people living there (32.4%) are prime vehicle buying age of 25 to 44 and 30% of the population is made up of potential future car buyers approaching the age of 18.

To show respect for people in the military, the Yahyapours will bring back the huge American flag in front of the dealership that Gil's was known for. Tammy told the paper she will restore the Stars and Stripes "to salute the troops."