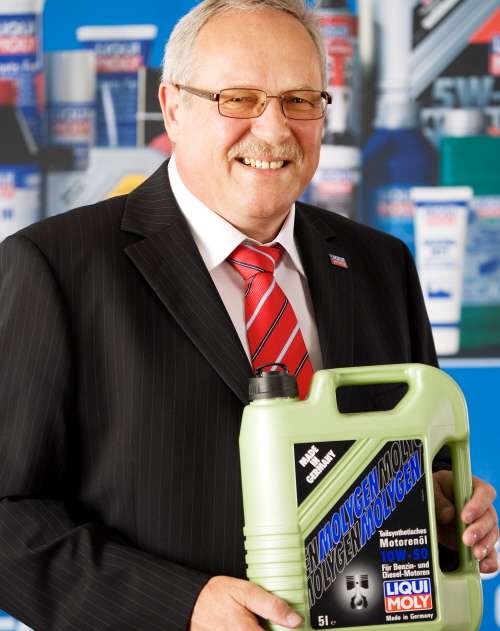 Algeria today became the 100th export nation for motor oils and additives made in Germany by LIQUI MOLY for cars and trucks. After everything is in place, the German manufacturer will add Egypt and New Zealand as export markets as well.
Advertisement

"That is another step on our road to becoming a global brand," Gerhard Riedmüller (pictured), export manager at LIQUI MOLY, said today.

The leading export buyer of LIQUI MOLY auto products is Russia, followed by the Ukraine, the United States and China. Now products are being shipped to Algeria, the company's milestone 100th global market.

"(Algeria) is not just the geographically largest country in Africa, it is also very promising in economic terms," Riedmüller said.

Like in most other countries, LIQUI MOLY does not maintain its own subsidiary in Algeria, but instead works together with national importers.

The Algerian market is ready to embrace the motor oil products that will be imported from Germany.

The hot climate in Africa and the poorer fuel quality in comparison to Europe place higher demands on motor oil there.

"People here are longing for high-quality motor oil," Bouslama said. "They are quite prepared to pay more money for better performance and greater protection – ultimately there is no better way to save money than to avoid motor damage."

Particularly in the case of poor fuel quality, motor damage can also occur as a result of deposits that solidify on injection nozzles and in the combustion chamber, which reduce performance and increase fuel consumption and wear. This is where additives from LIQUI MOLY can help. They are poured into the tank and clean the motor as soon as it starts running.

Like the motor oils, LIQUI MOLY also produces the additives exclusively in Germany. Bouslama will soon organize distribution so that the products will be available all over Algeria.

In the neighboring country of Morocco, LIQUI MOLY is a mainstay. "Business there is very good," Riedmüller said, adding: "We want to build on this success in Algeria" and then expand distribution in new markets.