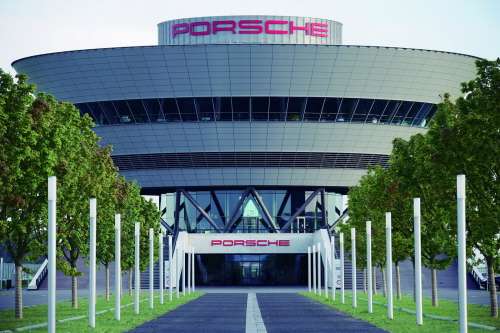 Porsche will ramp up production of the 2013 Porsche Cajun by expanding an assembly plant in Leipzig, Germany. Besides new investment in the factory of just under $1 billion, the German luxury car marque also will hire 1,000 auto workers to make the Cajun.
Advertisement

“We are investing ($684.9 million) in the production facility to build the Cajun in Leipzig," Müller said.

“This is not just a mark of confidence in the manufacturing skills of our Leipzig colleagues, but also an important contribution to the economic development of the region.”

Auto workers there have produced the Porsche Cayenne since its conception in 2002. They also assemble the Porsche Panamera. With the new people staffing will more than double to more than 1,800 auto workers.

Before today's announcement, Porsche had already invested $383 million to upgrade Leipzig. More than 420,000 cars have been built there over the years.

No specifics about the nuts and bolts of the vehicle have been released by Porsche, but car critics speculate that 4- and 6-cylinder engines in the crossover Cajun will use gas and diesel fuel and that there will be a hybrid Cajun, too. The Cajun's engine variants are expected to generate between 200 and 350 horsepower.

Security on the project has been so tight that critics can't even agree on whether the new car will have three, four or five doors.

Competitors, according to an autoevolution.com report, will include the Range Rover Evoque, BMW X3 and Mercedes-Benz GLK.

Besides being a place that turns out exceptional, world-class automobiles, the plant where the Cajun will be built sets environmental standards.

It is one of the world’s most efficient car factories. Efficient air recirculation and power cut-off technologies in the paint shop ensure economical energy use.

With the development of the 2013 Cajun, Porsche will expand its lineup of SUVs by adding a "new, smaller SUV model below the Cayenne," Porsche said in a statement today.