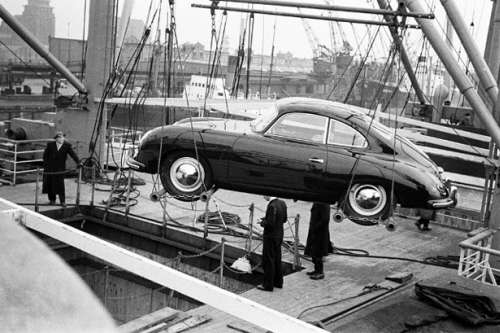 Road rallies, a concours auto show and the conclusion of the “Revive the Passion” contest were among featured fare at the 56th annual Porsche Parade, put on by the Porsche Club of America in Savannah, Ga. The contest delivered a restored 1973 911 T Coupe to one lucky raffle winner.
Advertisement

Contest winners Bud and Joanne Kibbee from northern California are lucky because they have won two other cars before. Sharing the garage with their restored 911 will be their 1963 356B T6, which they have owned for the past 20 years.

Brought to Georgia believing they had won the contest’s $25,000 second-place prize, a posing couple waited with them, pretending to be the winners. The emcee had prepared the ballroom and when the Kibbees got on stage the audience said in unison "Bud, you won the car!"

According to a statement from Porsche, “Revive the Passion” was born in 2007 during Rennsport Reunion III in Daytona. During a conversation between representatives of the PCA, Porsche Cars North America and Porsche Classic, the decision was made to offer a car restored by Porsche Classic instead of a new vehicle in the traditional PCA raffle. While in desperate need of TLC, a suitable project car was found near Los Angeles and was displayed at the 2010 Porsche Parade held in St. Charles, Ill.

The 911 then went on a 10-month journey to Stuttgart, where Porsche's finest minds restored every nut and bolt, inside and out.

The American 911 T Coupe model has an air-cooled, 2.4-liter flat-6 engine that produces 140 horsepower at 5600 rpm with a top-track speed of 127 mph. This generation 911 is characterized by its narrow body and is finished in the classic color combination of Silver Metallic and Black.

The Porsche Parade, a gathering of Porsche owners and their cars, is held at a different location in America annually. The 2012 parade will be in Salt Lake City.