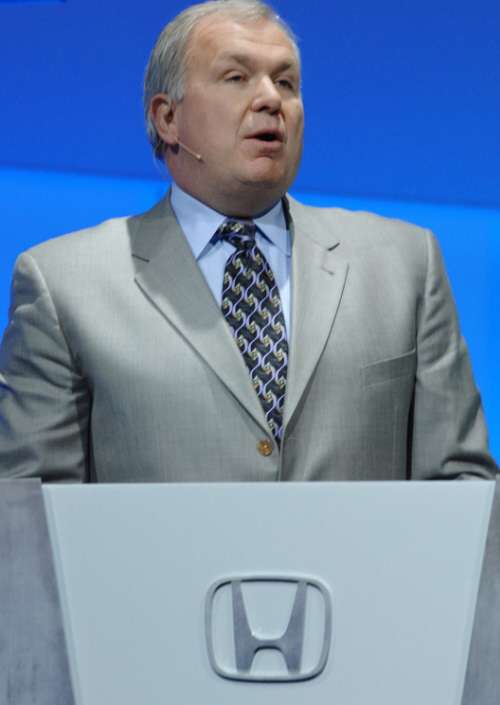 Coalition on a roll to upgrade fuel rules

Friday could be historic for the auto industry as President Obama creates future fuel rules for new vehicles that will be assembled in the U.S. from 2017 to 2025. Lobbying has been intense. Protagonists in the movement are Honda and other OEMs, economists and the National Wildlife Federation. All expect to make higher fuel standards happen.
Advertisement

Honda is in the forefront of car companies praising the push for higher standards.

"Honda embraces this challenge," he said.

Everyday people will benefit if the new rules make it.

“Whether you’re a commuter in a compact car or a sportsman who needs a pickup truck, every American deserves to access to the most fuel-efficient, technologically advanced vehicles that save them money, cut pollution and deliver great performance,” Larry Schweiger, president and CEO of the National Wildlife Federation, said Thursday.

“These rules are an important step toward reducing our billion-dollar-a-day addiction to imported oil, money that stronger fuel-efficiency standards will keep at home to invest in job creation here in America.”

There is a fly in the ointment. The 2012 Interior and Environment Appropriations bill under study by the U.S. House of Representatives could block or stall the agreement on new fuel-efficiency standards. The rider is just one of many political attacks on wildlife, air, water and public health in the bill, Schweiger said.

But there is a bright spot. “A broad range of interests – from automakers to unions to conservationists – has come together behind these new rules,” Schweiger said.

“The technology is ready, the standards are achievable, and poll after poll shows the American people strongly support getting the job done. We all benefit from robust standards to cut our oil dependence, create American jobs and protect wildlife and public health, and we stand ready to defend these gains from extremist, politically motivated attacks.”

“These standards will bring us vehicles that work in the out of doors and for the outdoors at once, at a time when fuel economy improvements are already happening in vehicles of all kinds. A 2011 Ford F-150 pickup truck is 21 percent more fuel-efficient than the same model just six years ago – and at the same time, it’s significantly more powerful, with 50 percent more horsepower and more torque,” said Zoe Lipman, the National Wildlife Federation’s senior manager for transportation and global warming solutions.

“A driver who trades in a 2005 for a 2011 is effectively cutting 75 cents off the cost of every gallon at today’s prices and saving $700 a year on gas, according to the Environmental Protection Agency.”

"The Union of Concerned Scientists considers this a positive milestone on the road to strong vehicle and fuel-efficiency standards," Robinson said.

The proposal being pushed by politicians is to increase average fuel efficiency from just over 34 mpg by 2016 to almost 55 mpg by 2025. The proposed standards are expected to come out in September.