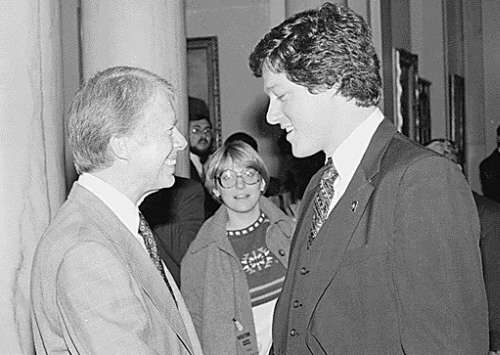 Presidents want auto capital Detroit on their side

When President Obama came and left my hometown of Detroit, the hub of the auto world, this Labor Day, it reminded me that when a president visits, there is no such thing as freedom of the press. The president's minions make sure of that. They set limits and rules, and we capitulate. Most journalists consider it a privilege to cover the president, no matter what the story is. It is a privilege. But it's also a pain in the butt.
Advertisement

I used to be a reporter and editor at The Detroit News, which at one time was the largest evening newspaper in America. We used to distribute more than 1 million newspapers a day. Those were the days! The first time The News sent me to cover a speech by President Clinton, I was annoyed. I groused the whole time because I didn't want to do it. I think I wanted to watch a high school football game that night.

My editor at the time, John Wilson (now at the New York Times), explained what a privilege it was for me to cover the president's speech, because so many other reporters were dying to do it. Our city editor, George Bullard, now retired and living in Nebraska, asked me not to tell anybody in the newsroom before I headed out where I was going, so as not to get them jealous. Then my editors paired me with News photographer Ricardo Thomas, a consummate professional who I later learned from a History Channel documentary was the first African-American photographer ever hired by the White House. He worked for Presidents Carter and Ford but never bragged about it. I also teamed up with Ricardo once to cover a speech by Vice President Dick Cheney. He still works for The News.

When I arrived at Cobo Center, where the president would speak, I was forced (not asked) to stand in what looked like a small prize-fighting ring for five hours as we waited for Mr. Clinton to get there. What I remember most about that day is that Mr. Clinton was a tall boy, and very charming. Most reporters were starstruck. Mr. Clinton had kind of a rock star quality to him, in person. After meeting him and engaging him in conversation, I was impressed, too. I sized him up as someone who possessed presence and charisma. After observing him in person for a bit and listening to his carefully chosen words, delivered with deft clarity, I remember thinking: "He's not as dumb as I thought." Covering Mr. Clinton that day gave me a higher regard for him than I had had before. Of course the president talked about Detroit's up-and-down auto industry. Blah, blah, blah. In retrospect, despite being controlled, I am glad I was there.

The first president I covered in person was George Bush. The first George Bush. At the time I was news editor of the Detroit Legal News, a local daily newspaper that is still read today by lawyers in Metropolitan Detroit, and what I remember about the invitation from the White House was that it came with a full-color picture of the president. It seemed so personal and since it was up to me, I had to go. The main thing I remember is that Mr. Bush talked about auto jobs. Blah, blah, blah. I also remember thinking this is a lot of standing around waiting to hear what I already know. And I remember thinking I didn't like my movements being controlled by a politician. They even controlled when I could go to pee. I hated that!!!

Which brings me to what made me write this essay today. When a president comes to town, the press is not itself. We allow prohibitions and restrictions that we would never cede to anybody else. A "pool" reporter is assigned to follow the president and tell everyone what happens, instead of letting reporters from competing newspapers and Web sites and radio and television stations do the same thing. One is never better than many because some reporters are better than others and several voices are always better than one. Having to rely on a "pool" reporter instead of myself for information is something I loathe. It is the ultimate suppression of free expression because I am taking someone else's word for it who likely will not see or interpret things the same way I might.

But maybe progress is being made. Today I saw there were two pool reporters in Detroit. One from the Detroit Free Press (Kathleen Gray) and one from my old paper, The Detroit News (Marisa Schultz). I don't know Kathleen, but Marisa worked for me when I was chief of the Macomb County bureau of The Detroit News. Today, now that I see Marisa is covering the president, I feel like one of my kids is all grown up.

Go Marisa!!! The difference between the two of us is that Marisa probably wanted her assignment.

What follows are pool reports from the two Detroit dailies of the president's visit, in their words. The text was provided to TorqueNews.com by the White House, uncensored:

About three dozen people gathered on a remote tarmac at Metro Airport in Romulus this morning to wait for President Barack Obama to arrive for a Labor Day speech in downtown Detroit.

Casimir and Anna Brodak just celebrated their 50th wedding anniversary last month and were able to get an invite to watch Air Force One land because their son Jason who lives in New York worked on Obama's campaign in 2008.

"We just celebrated our anniversary and now we get to meet the president," said Anna Brodak, 69, of Sterling Heights. "This is really exciting."

Casimir Brodak, 74, said if he had the opportunity to talk with the president, he would tell him to protect Social Security.

"I went to work for General Motors because of the medical coverage and now they took it away from us," he said. "So he needs to protect that for us."

Don Pullian, 47, of Grand Rapids got up at 7:15 a.m. today to make the trip to Grand Rapids to watch Air Force One. His brother works at the Pentagon and got him tickets to the event.

"I want to tell him he's doing a great job and my son wants to tell him that he thinks his wife is gorgeous," Pullian said, referring to son Andres, 19.

Also traveling with Pullian were his two other kids Briana, 12, and Cameron, 17.

Air Force One landed at Detroit Metro Airport around 12:24 p.m. ET on a blustery, overcast 60 degree Labor Day. POTUS, wearing a dark jacket and no tie, was accompanied on the plane by Labor Secretary Hilda Solis, UAW leader Bob King, the AFL-CIO's Richard Trumka and Michigan Sen. Carl Levin. They were greeted at the bottom of the stairs from AF1 by Wayne County Executive Robert Ficano and Detroit Mayor Dave Bing around 12:33 p.m. Obama shook Bing's hand then hugged him. He shook Ficanco's hand and patted his back. POTUS headed to a gated area on the tarmac where about six dozen supporters, including kids wrapped in blankets, cheered for him. He shook hands and high-fived a kid as supporters snapped pictures. "See you later everybody," he said, waving goodbye. Crowd cheered. One lady yelled: "Keep up the fight."

Earlier Ficano said he'll thank Obama for helping the auto industry and talk to him about the need for economic policy that drives up employment. "The No. 1 topic is jobs," Ficano said shortly before POTUS landed. "... Everything else pales (by) comparison."

Lilly Arbour, 13, from Rochester Hills met President Obama in advance of his speech, finally completing her journey of meeting all of her 115 elected officials. She had attended the State of Union in January with U.S. Rep. Gary Peters and met Vice President Joe Biden, making it to 114 out of 115.

Now Peters helped Lilly meet the president before he addressed the enthusiast union crowd near GM's Renaissance Center. Obama signed a white paper with the list of her 115 elected officials. "Lilly -- Dream Big Dreams," he wrote before his signature.

Asked what she thinks about returning to school and saying she spent her summer meeting the president? "Great!" she said.

A crowd estimated at 12,000 people lined up along the waterfront to chant "Obama" and "Four more years." It was s chilly day, in the 60s with a brisk wind forcing people to keep jackets tightly zipped.

Richard Trumka, president of the AFL-CIO led off the Labor Day speeches, saying the union will work to make sure "that we don't let Michigan become a right to work for less state.

"If we pledge and follow through and stand up together, we can lift up Detroit, working families and America," he added.

He was followed by Labor Secretary Hilda Solis, who said both she and the president will continue to speak out against anti-labor legislation being passed by legislatures across the nation.

"They say unions are the problem in this country, but they got it plain wrong," she said. "We need to speak out against governors who want to take our country backwards. This is not the time to be attacking collective bargaining."

Motorcade left Detroit at 2:13 ET and headed back to Detroit Metro Airport. Supporters lined the streets near the Renaissance Center snapping pictures and waving goodbye as well as along Middle Belt Road in Romulus near the airport. POTUS boarded AF1 at 2:39 ET. No group of supporters for his sendoff at airport. AF1 wheels up at 2:47 p.m.