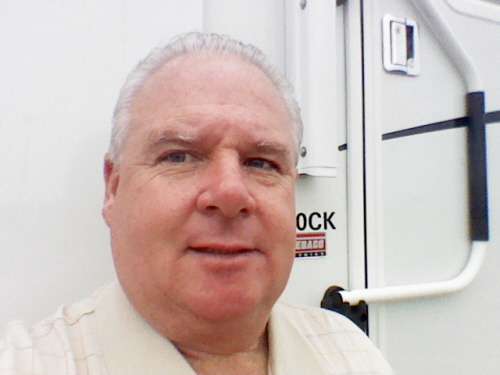 Found (pictured), as the Western area regional sales manager for Raven's North American product line, comes to Winnebago from Pacific Coachworks, where he was president. He is a 15-year veteran of the RV industry who, prior to co-founding Pacific Coachworks, worked for Thor California.

Found, who grew up in Toronto, earned a bachelor's degree in business and markering from Columbia University. He can be reached at (951) 389-4042 or at [email protected]

1. Jeffrey Baker is the new regional sales manager for the Central region of the United States for Winnebago. Baker is a 19-year RV industry veteran, having previously worked for Holiday Rambler, Dutchmen, Keystone and DRV. A native of Niles, Mich., he attended Indiana State University and lives with his family in Goshen, Ind. He may be reached at (574) 825-5250, ext. 5175, or at [email protected]

2. Bill Burns joined Winnebago Industries Towables as head of West Coast sales. He is an 11-year veteran of the RV industry and worked before for Keystone RV and Coachmen RV. A native of Lewiston, Idaho, Burns earned degrees from Cabot College and Cal State, Fullerton, in California. He and his family live in Pendleton, Ore. Burns may be reached at (541) 276-4342 or at [email protected]

3. Matthew Popovic joined Winnebago Industries Towables as head of East Coast sales. Popovic has worked in the RV industry since 1997 and previously worked for Keystone RV and Crossroads RV. Popovic grew up in South Bend, Ind., where he still lives with his family. He is a graduate of Southern Illinois University at Carbondale. Popovic may be reached at (574) 825-5250, ext.5176, or at [email protected]