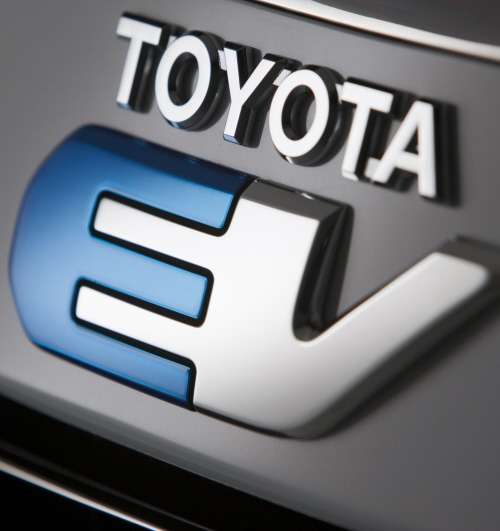 When Toyota issued a tersely worded statement Tuesday saying everyone who wants a 2012 RAV4 EV will be able to buy one from a showroom, it wasn't just stating the obvious. The Japanese carmaker was compelled to do damage control because the online auto press took someone's blog as gospel and went hog-wild in reporting as fact that the Tesla battery-powered RAV4 EV would only be sold to fleet and car-sharing programs. Which isn't true.
Advertisement

Reporters weren't malicious. They were just sloppy. And they were wrong.

The impact of competing Web sites gleaning from the blog that Toyota's new EV crossover wasn't going to be sold to private owners (which is wrong) is that the online and enthusiast auto press and the car company have egg on their faces today.

Nobody looks good. And if you had read the original story, you would have seen that Pike didn't even club anyone over the head. It was a quick, by-the-way, almost ho-hum mention a few paragraphs into the article. Regardless, the facts weren't convoluted; they were wrong.

Reporters who thought they were onto something big jumped on the news like a sizzling-hot sirloin steak after a hunger strike. The misinformation was reported as true fact on auto Web sites ranging from Autoblog.com to Speedlux.com. Speedlux is the only one that appears to be sincerely, genuinely sorry for the gaffe of spreading misinformation and says so front and center in an updated article.

How did this happen and get spread on such a grand scale? The way some "victim" sites tell it, their editors used information they in essence stole from some other Web site and used it as gospel without checking things out to make sure it was accurate.

When lazy reporters don't do their homework and rewrite without challenge what other media report, for immediacy's sake, this is the kind of embarrassing nonsense that happens.

It is easy to explain how something like this can snowball. In the journalism business, we all like to be first when reporting a story, like whether and when the 2012 Toyota RAV4 EV can be purchased at a dealership. But at TorqueNews.com, our charge is to make sure the news is accurate because we want you, the reader, to trust us.

If we're just regurgitating what other people write without question, we're not doing our jobs. The proper thing for journalists like me to do would be to use information others report as a starting point and verify it directly with a credible source before using it. Another acceptable practice would be to credit the media source that reported it within the text of the story. Most people didn't do that. I only found two reports that actually credited Pike Research as the originator of the information.

That said, you should know that TorqueNews.com is not among media that made the mistake in the first place. This is because we report what we know, not what others think they know. I do my own homework. Sometimes articles are reported somewhere else first. If somebody else breaks a story, it is customary to give credit within the body of the article, not to acknowledge it as a footnote to it.

For example: As time has ticked by today, the media mess has led to scrappier reporting by America's heavyweight news organizations. Thus, specific details of the RAV4 partnership between Toyota and Tesla have emerged.

Bloomberg reported this afternoon that Tesla's stock hiked between 3.6% and 9.1% on the New York and Nasdaq stock exchanges as of 3 p.m. today and that Toyota has a 2.9% stake in Tesla right now. At the same time, CNNMoney reported that Tesla, a specialty maker of high-end sports cars, closed a three-year deal to supply Toyota with $100 million in powertrain equipment to power the 2012 RAV4 EV. Such an investment, if nothing else, confirms, through common sense, Toyota's plans to mass-produce the RAV4 EV through at least 2014. So something good came out of all this conversation. Consumers now know a lot more about the RAV4 EV.

But back to our main point. An incident like the one in which media take an offhand comment at face value without challenge and without attribution proves what an idiot you can look like if you take things as true facts when in fact they might not be.

Just because you read it online doesn't make it true. Most journalists with newspaper backgrounds already know this. Online media have come a long way in gaining credibility but a glaring mistake of this magnitude shows there is room for progress to be made and that the lesson is that editors should be taking more time to read and fine-tune their copy instead of shoveling it online fast so they can be first.

Let's review. Online media link the source of the mistake to a Toyota executive who was quoted in a Pike Research blog. That executive might have made an honest mistake. He is entitled to say he misspoke. I am sure he regrets the comment and I am sure his bosses wish he hadn't said it. But nobody died, so let's give him a pass for saying what he believed to be true.

I say this because if he misspoke and later contacted the original blogger to ask for a correction or a revision in the article, the mistake would have been corrected and that would have been that. But because the online auto press took everything as gospel and did not take due care to check out the details for themselves, the error grew exponentially and became a big, big deal.

Next to be considered is Pike, which in all fairness also cannot be criticized. The blogger wrote what he thought to be true, with information given to him directly by a legitimate source. He did his due diligence and was victimized by an honest mistake. It's not like he's that New York Times reporter who fabricated stories. He reported the story to the best of his ability. And Pike has updated the blog to reflect what is accurate.

But Pike could have responded better. It should have been bolder in correcting the mistake. What it did was disguise its correction as a clarification, at the bottom of the original blog, and corrects things in such a way that it looks like it is skirting responsibility. That is what lousy reporters at newspapers do to cover up when they know they are wrong and are worried they might be fired for their stupid mistake.

In my opinion Pike did nothing intentionally wrong and should have just owned up to what happened in a bigger, bolder way. But it's still not the bad guy.

The bad guy is the online auto press. Not any one site in particular, but many of them, in general. The press by and large ran amok with information it didn't news-gather itself and took no steps to make sure it was right. There is no excuse for that, especially since Toyota executives and PR people are readily available to people like us. A quick phone call could have avoided this embarrassing scene.

Sites that rushed to publish this inaccurate story need a good spanking for putting expediency ahead of accuracy.

The impact of spreading false information by being (a) sloppy and/or (b) lazy is a loss of credibility with readers who trust that what you say is accurate. When you don't do your homework and get caught, the answer is to take your lumps and to do better. Learn your lesson. The answer is not to hide your mistake or to poke fun at it. Not taking your mistakes seriously means you don't care, have no ethics or are poorly trained. One of the three. Or that you're stupid.

The easiest thing to do is to do the right thing all the time, not just sometimes. That's how you gain credibility with readers.

None of the bad actors I've seen except Speedlux.com have fallen on their sword and taken true blame and for that the editors at Speedlux should be commended for having the courage to take responsibility for their reporting.

Some auto sites have been low-key. A handful of them have quietly amended and updated their stories without acknowledging the original error, which is acceptable practice in our industry because any new readers who see it will get an accurate read without question. I have no problem with that.

One site leaves the error in the text of the story but attaches an email from a Toyota executive who makes clear that the EV will be sold to the public. That also is acceptable because it is possible that there is some technical reason the site story cannot be updated. Technology sometimes can get in the way. I get that, too.

TorqueNews.com was not included in the viral frenzy. Many sites saw this as a scoop and Pack Mentality set in. They couldn't stop themselves. In the newspaper world, where I trained as a Detroit News editor and reporter, we've been taught that if we leap before knowing what we talk about that our credibility will be ruined. It is more important to be right than to be first. Accuracy is No. 1.

Internet news organizations have to earn their stripes with readers by exercising due care when reporting anything. The reason this error never appeared on TorqueNews.com is that it was unconfirmed. I won't put anything on this site that I don't know from a legitimate source to be true.

I will make mistakes, but they will be honest ones and not made because I let some organization I don't know fool me into reporting something that is blather.

The most disappointing response comes from Autoblog.com, which I think compounds the gaffe with glibness. Editors there chose to respond by putting a deletion line through a headline saying the RAV4 EV would not be sold to the public. It corrects the error in a subtle way but does not take responsibility for it, not really.

Instead of saying Autoblog.com regrets spreading false information, it jokes about not "using the strikeout feature in this entire post."

Not exactly falling on your sword, guys.

As an industry, we need to do better. Agreed?