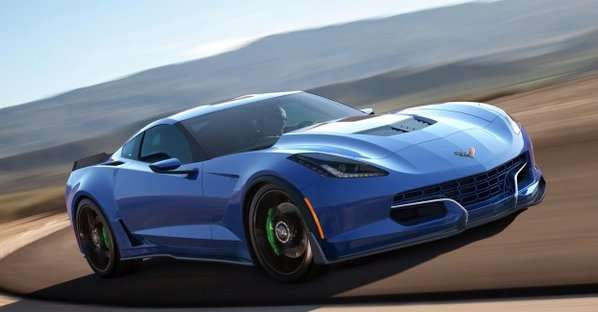 Maryland-based Genovation Cars has announced a new all-electric drivetrain conversion package for the 2017 Chevrolet Corvette Grand Sport with 650 horsepower, 600lb-ft of torque and the ability to go over 200 miles per hour – but the electric Corvette costs a whopping $750,000.
Advertisement

The Genovation Corvette GXE
The original Genovation Corvette GXE was built on the chassis of a C6 Chevrolet Corvette Z06, but in place of the LS7 V8, the GXE features an electric drive system with a 44kWh battery pack. This electric drivetrain offered 600 horsepower and 600lb-ft of torque, allowing the Corvette EV to hit 205.6 miles per hour and travel around 130 miles on a charge – although the top speeds and the peak range require two very different driving styles.

Although the Genovation Corvette GXE based on the C6 Z06 was unrivaled in terms of street legal, high performance EVs, the Maryland firm has continued planning for their future, recently announcing the next generation all-electric Corvette based on the lightweight architecture of the C7 Grand Sport. Through use of a new battery management system, the new Genovation Corvette GXE will pack 650 horsepower and 600lb-ft of torque, so when coupled with the lighter C7 Grand Sport body, this new electric supercar could go even faster and even further – but not at the same time.

Most importantly, with a perfect 50/50 weight distribution, this electric Corvette should handle almost as well as a standard, gas-powered Corvette Grand Sport.

Big Performance, Big Price
If you just read through that top part, talking about an all-electric Chevrolet Corvette Grand Sport with 650hp, a 130-mile range and the ability to hit 205 miles per hour, you might wonder why General Motors isn’t offering a similar EV package at your local Chevrolet dealership.
Well, that is because this EV technology is crazy expensive. To be exact, the next generation Genovation Corvette GXE with the 650hp drivetrain in the C7 Grand Sport body will have a price of $750,000.

That is three quarters of a million dollars for an all-electric 2017 Corvette Grand Sport that will go 205mph and travel around 130 miles on a single charge with careful driving. For that money, you could buy a Tesla Model S for every day of the week or you could buy a Model S and still have enough left over to buy one of every trimline Corvette and Camaro available for 2017.

Ultimately, the reason that we don’t see more EVs like the incredible Genovation Corvette GXE is that the technology needed for a street legal car that will go that fast and still have enough range to serve as a road car. The Corvette GXE is the world’s fastest EV, but with a price of $750k, it clearly isn’t an option for more than a few people in the world.

Cost aside, the Genovation Corvette GXE is proof that you can have a well-balanced, high performance supercar which can still be driven every day – now the company just needs to bring that technology cost down to the point where more than a few people in the world can actually afford it.