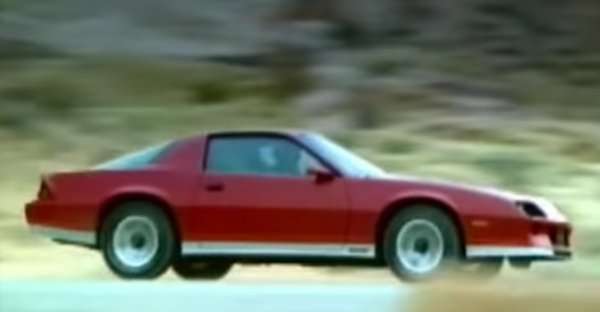 We know that General Motors has big plans to celebrate the 50th anniversary of the Chevrolet Camaro at the upcoming Woodward Dream Cruise, but based on some “hint” videos posted on the Camaro 50th anniversary website – I believe that the celebration will be capped off with the introduction of the 6th gen Camaro Z28.
Advertisement

Over the past few months, we have been talking about the 50th anniversary celebration of the Chevrolet Camaro, which is planned for the days leading up to the 2016 Woodward Dream Cruise. GM put together a website just for the 50th anniversary celebration and on this website, there is information on the Woodward Dream Cruise and the events each of the days before the cruise, along with a new pair of videos which have unlocked every two weeks.

We have talked about each of the longer, feature videos on the Camaro 50th anniversary page, with the first three offering a historic look at the Chevy muscle car and the most recent video shows off the new supercharged Camaro ZL1. However, we haven’t talked about the second video which is unlocked, as they are only a handful of seconds long and they really don’t make much sense.

Then again, if you watch each of these short videos together, I believe that the message is much clearer.

Camaro Z28 at Woodward?
We have embedded each of these short videos below for your viewing pleasure, but here is a quick summary of each.

Other than the first video, each of these videos mention the Camaro Z28 – with the 3rd and 4th videos focusing strictly on the Z28. In the second video, we see the Rally Sport, Super Sport and Z28 badges and considering that we currently have RS and SS packages – we are only missing the Z28.

Maybe I am reading into these short videos too much, simply because I want so badly to see the next generation Camaro Z28, but these videos certainly seem to be talking an awful lot about the Z28.

There are two more locked video sections on the Camaro 50th anniversary website and with the celebration beginning a week from today, it shouldn’t be long before GM unlocks the next video.

Provided that GM has been working on a 6th gen Camaro Z28, we can expect that it will be the most track capable muscle car of all time. Essentially, it could be the best performing muscle car ever and if that is the case – what better location to first introduce it than the Woodward Dream Cruise? There is arguably no better place to introduce a muscle car to muscle car people, so it seems feasible that at some point next weekend, we will meet the new Camaro Z28.

In the meantime, check out the short videos below and share your thoughts in the comment section below.