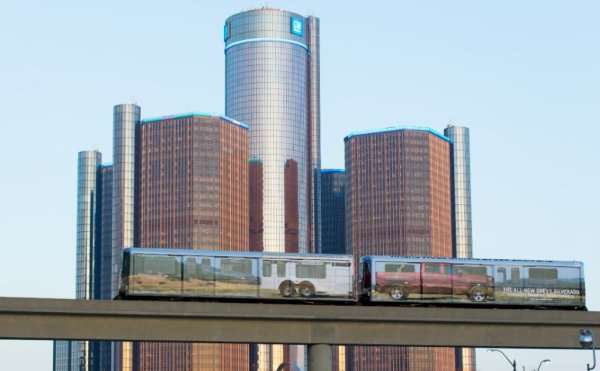 The United States Treasury has announced that another big chunk of General Motors stock has been sold over the past few months – reducing the government’s stake in the automaker to just 7.3% and keeping the plan to remove all government control by March 2014 well on track.
Advertisement

The US government received 60.8% of General Motors stock back in 2009 in exchange for the $49.5 billion lent via the bailout program and over the past few months, the Treasury Department has been selling off portions of that ownership in an effort to remove all stake in the massive automaker. The short term result of this latest announcement is that Moody’s Investor Services has upgraded GM to Investor Grade for the first time in almost a decade.
When the government launched their plan to sell off the GM stock, their intention was to complete the sale of all GM stock within 12 to 15 months and based on the December 2012 launch of said plan – the outer edges of that timeframe would be March 2014. The recent reduction in ownership has lowered the government’s number of shares down to 101 million and the feds believe that this figure puts them within the final stretch of liquidating the government’s stake in General Motors.

As this piece goes live, GM stock is sitting at a price of $36.77 and should the price stay in this range as the government sells off their final 101 million shares in the automaker, the feds look to recuperate roughly another $3.7 billion. It should be noted that with each occurrence of the government selling off large portions of GM stock, the value of that stock has increased so as the Treasury looks to sell its final stake in General Motors – there could be another jump in stock price that could amount to a few hundred million dollars.

The bad news is that without a tripling of GM stock price, the government still stands to lose around $10 billion from the original bailout loan. Fortunately, the government entered into the bailout loans with the knowledge that they probably wouldn’t recover every cent of the money lent to GM to help keep them afloat and while $10 billion is still a hefty hit to the taxpayer, it is around half of the money that the government originally expected to lose when they accepted the huge piece of GM ownership in exchange for the bailout money. Of course, there is also the point that while the government “lost” $10 billion on the GM loan, the loans to both General Motors and Chrysler (which was paid off when Fiat purchased the company) had a hugely positive impact on the American economy. When that money was lent to GM and Chrysler, our economy was at its worst since the days of the Great Depression and there is no questioning the fact that the bailout loans helped to save two of the biggest companies in the US while also helping an endless list of support businesses that have also grown through the recovery of General Motors and the Chrysler Group.

Considering the financial state of the United States government, it shouldn’t come as a huge surprise that American investors are more interesting in putting their money into General Motors as the feds become less involved. This trend will likely continue as the government enters its final stages of the sell-off process which will help bring a bit more money into the Treasury while also helping the millions of investors around the country who are slowly benefitting from the government’s planned departure from GM ownership.

The result of the government’s continued push to rid themselves of General Motors ownership was an announcement today by Moody's Investors Service that GM credit rating had been upgraded to Investment Grade level. While Moody’s is listing GM as the lowest Investment Grade available, this is the first time that GM has been considered Investment Grade since 2005. This announcement is a very clear sign that GM is not only doing better than it was before the bailout – the company is doing better than they have since well before the recession of 2008.

“Good things happen when you build great cars and trucks and deliver strong financial results,” said Dan Akerson, GM chairman and CEO. “Today’s news from Moody’s further underscores that this is exactly what we are doing today.”