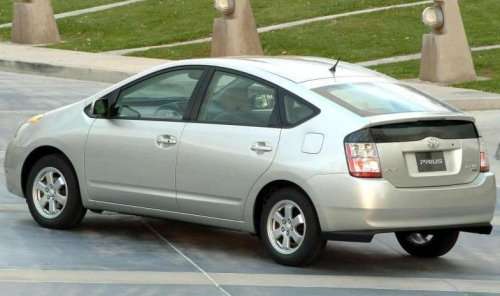 Toyota Motor Co has announced that they will recall 2.77 million vehicles around the world over a concern that the power steering and engine cooling system could fail – with roughly 670,000 examples of the popular Toyota Prius Hybrid here in the US being covered by this newest recall.
Advertisement

While there are a wide variety of vehicles included in this new Toyota recall, the impact on the US market comes in the form of roughly 670,000 Toyota Prius Hybrids from the 2004-2009 model years. All of these 670k Prius models are subject to the new power steering recall while 350,000 of these popular hybrids are also subject to a recall pertaining to the electric water pump.

Power Steering Recall
First off, the bigger portion of this new Toyota Prius recall focuses on the power steering system. In these models there is an intermediate extension shaft that has splines where it connects to the steering box. Over time, “forceful steering” can could these splines can deform and when that happens, the intermediate shaft could slip within the coupler on the steering box assembly. Should the steering shaft slip at the connecting point with the steering box, the driver could lose the ability to steer the car which creates an obvious safety risk.

The power steering portion of this new Toyota recall spans 10 vehicles globally, covering roughly 2.7 million vehicles around the world with 1.51 million in Japan and 1.25 million outside of Japan which includes the 670,000 Toyota Prius Hybrids affected here in the US. This problem will be addressed by having a technician inspect the intermediate steering shaft, replacing any unusually worn parts if needed.

Water Pump Recall
The second portion of the recall comes due to a problematic electric water pump on roughly 620,000 hybrid models worldwide – including about 350,000 examples of the Toyota Prius here in the US. On these hybrid models, the electric water pump that drives coolant throughout the entire hybrid drive system could fail and shut down. When this happens, the hybrid drivetrain system will be prone to sudden overheating and that could cause the engine to stall. Having your Toyota Prius suddenly overheat and stall in traffic presents a clear safety risk so the massive Japanese automaker has made the call to fix these models as well.

The dealership will inspect the water pump in these 350,000 Toyota Prius Hybrids and replace the unit if it is deemed necessary.
Fortunately, Toyota is not aware of any accidents or injuries stemming from either of these recalls for the Toyota Prius.

This new Toyota Prius Hybrid recall is not yet listed on the National Highway Traffic Safety Administration (NHTSA) website but Toyota expects to begin sending the letters out to the owners of the 670,000 affected American Prius models, at which time they will be asked to make a visit to their local Toyota dealership. The work will be performed free of charge but considering the intricacy of these recalls – this is likely going to be a repair (or a pair of repairs) which requires the car to be dropped off and picked up the next day as these are not “quick fix” issues. More information may become available once Toyota has filed this recall formally with the NHTSA.