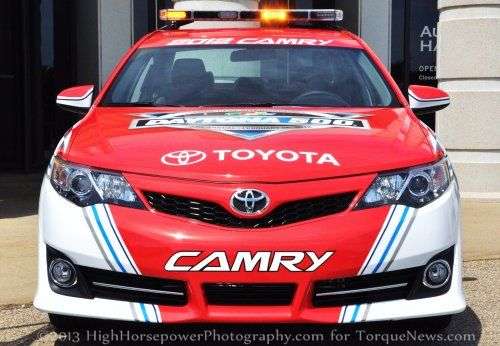 Sales numbers from around the world are in and Toyota Motor Corporation outsold General Motors and Volkswagen Group in 2012 – allowing the Japanese automaker to reclaim the title that GM snatched away in 2011.
Advertisement

Toyota Motor Corp sold 9.75 million vehicles around the world in 2012, up a whopping 23% globally over 2011. This includes Toyota subsidiaries Hino Motors Ltd. and Daihatsu Motor Co. Toyota’s biggest improvement in 2012 came in their domestic market, where sales grew 35% to 2.41 million units on the year. Sales throughout the rest of the global markets rose by 19% to 7.33 million units and the United States accounted for a large chunk of those foreign sales figures – with 2.08 million vehicles accounting for an increase of 27% over the prior year. This growth in the US market allowed Toyota to increase their market share in the important American market from 12.9 to 14.4 percent, closing the gap a bit between themselves and market leader GM (own controlled 17.9% of the US market). Toyota also saw a 2% gain in the struggling European market while their Chinese interests posted their first decline since 2002.

For Toyota, the introduction of the new Prius C (known in the Japanese domestic market as the Aqua) had a huge hand in helping the company climb back into the top speed but the bigger story for Toyota was the full recovery from the impact of the natural disasters of 2011. Toyota Motor Corp was one of the hardest hit by the earthquake and tsunami that hit the Japanese coast in mid 2011 and this had a massive impact on their sales throughout the rest of the 2011 calendar year. This allowed Toyota’s sales to fall below General Motors for 2011 but with the company once again firing on all cylinders – Toyota reclaimed the global sales title.

Toyota Motor Corp had previously claimed the global sales title in 2008, 2009 and 2010 so in winning the title for 2012 – the company has taken the title in 4 of the last 5 years. Prior to 2008, General Motors has held the title of being the world’s top selling automaker for an astonishing 77 straight years.

One market where General Motors stands to gain some ground on Toyota Motor Corp is China – where a strong pro-China and anti-Japan movement is leading new car buyers to turn away from Toyota and the other popular Japanese automakers. Interestingly, while this movement urges Chinese citizens to consider Chinese cars over Japanese cars, there doesn’t seem to be much noise about these folks dissuading consumers from buying American cars…although General Motors has Chinese-based subsidiaries and partners that allows them to operate in China under a local brand name.

On the other hand, Toyota can continue to ride on the success of the various Prius models along with the upcoming arrival of the next generation Corolla that promises to help the company grow a great deal in the popular C segment compact market.