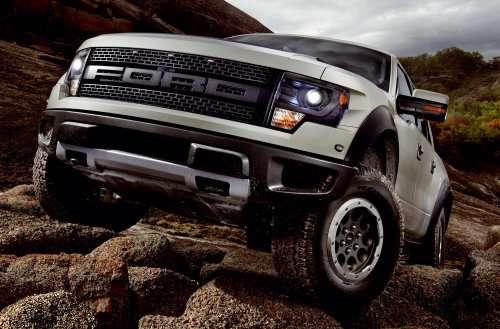 These are your top 18 bestselling vehicles in America for 2012

Sales figures for the 2012 calendar year are in from around the industry and tonight, we take a look at the top 18 bestselling vehicles sold in the good ol’ USA – with all of these 18 cars, trucks and sport utility vehicles selling at least 200,000 vehicles in 2012.
Advertisement

While it might seem odd for us to rank the top 18 as opposed to the top 15 or top 20, I picked the top 18 because these were the vehicles that sold over 200,000 units during the 2012 calendar year. In selling more than 200,000 units in 2012, each of these 18 vehicles sold more units than did a large group of whole brands that includes Acura, Audi, Bentley, Buick, Cadillac, Ferrari, Fiat, Infiniti, Jaguar, Lamborghini, Land Rover, Lincoln, Maserati, Mini Cooper, Mitsubishi, Porsche, Smart, Suzuki and Volvo. The list is comprised of 2 South Korean models, 7 from Japanese automakers and 9 from the Detroit Big 3 and while Japanese vehicles took up 6 of the top 10 spots – two American vehicles claim the 1st and 2nd spot.

To be dramatic, we will look at the top 18 bestselling vehicles in the US market in reverse order, listing the number of vehicles sold and the country of origin.

#18 – Hyundai Elantra - 202,034 – South Korea
Available as a coupe, sedan and sporty 5-door hatchback, the Elantra is among the most efficient model ranges available in the US. While some errors in stating the fuel economy of this compact family may slow sales in the future, it seemingly had little impact in 2012. The Elantra ranked 5th in the compact segment in total sales.

#17 – Chevrolet Malibu - 210,951 – United States
The 2013 Chevrolet Malibu was introduced during the 2012 calendar year and while this revised midsize sedan hasn’t faced the warmest of receptions from the media – the public has continue to buy it up in both traditional gasoline and hybrid form. The Malibu ranked 6th in sales among the midsized sedan segment.

#16 – Chevrolet Equinox- 218,621 – United States
The Chevrolet Equinox was the third bestselling sport utility vehicle in the US for 2012 and while it might not be the most powerful or most efficient SUV on the market – it has remained popular thanks to a low price and lots of available gadgets.

#15 – Hyundai Sonata - 230,605 – South Korea
The Hyundai brand has quickly become one of the strongest automakers in the US in terms of growth with the Sonata and Sonata Hybrid combining to be the bestselling Korean car in the US while also being the 5th most popular car in terms of sales among the tightly contested midsized sedan segment.

#14 – Toyota Prius - 236,659 – Japan
It seems that no matter where you are in the world when you think hybrid – you think of the Toyota Prius. The Prius has quickly become one of the most popular vehicles in the US and around the world and with almost 240,000 vehicles sold in 2012, it was the only pure hybrid model to make the list. Thanks to the addition of new models like the Prius C and Prius V, we can expect to see the Prius name on the bestsellers list for a long time.

#13 – Chevrolet Cruze - 237,758 – United States
Even though the Chevrolet Cruze does not offer the coupe form that helped make the Cobalt (and Cavalier) that came before it so popular, the sporty, efficient Cruze has remained one of General Motors bestselling vehicles. There have long been rumors of a 5-door variant coming to the US (they are already offered overseas) and along with the addition of the new diesel package, the Cruze is one of America’s most efficient non-hybrid models. The Cruze ranks 4th in sales among the compact C-segment.

#12 – Ford Fusion - 241,263 – United States
The Ford Fusion is generally found in the top 10 in US sales but due partially to an impending refresh that came too late in the year to have a big impact on 2012 sales, the Fusion dipped to 12th place overall. However, based on the early popularity of the redesigned 2013 Ford Fusion with an all new drivetrain lineup that helps to make it one of the most efficient vehicles in America – the new Fusion could make a serious run towards the top of the list in 2013. For 2012, the Fusion ranked 4th in the midsized sedan class.

#11 – Ford Focus - 245,922 – United States
The Ford Focus is available as a 4-door sedan and a 5-door hatchback with both models offering great power and incredible fuel economy. Like the Chevy Cruze, the current Focus isnt available as a 2-door model but the addition of the Focus Electric and the new Focus ST – the Focus is the most versatile car in the US market today.

#10 – Ford Escape - 261,008 – United States
The Ford Escape was introduced in new form for the 2013 model year with the first units hitting early in 2012 but a batch of engine recalls forced some consumers to avoid the super efficient SUV. Luckily, the Escape is a good enough vehicle (and the recalls have been timely enough) to help sell enough units to put it in the top 10 for 2012 while also being the second bestselling vehicle in the US.

#8 – Toyota Corolla - 290,947 – Japan
While the Toyota Corolla might sit far behind the other models in the class in terms of power and fuel economy, the tried and true Corolla quietly racked up enough sales based mostly on its reputation for quality (and a low price) to sell almost 300,000 vehicles. The Corolla ranked second in the C-Segment category - ahead of a handful of new models that offer better power, better fuel economy and a fresher look – proving that numbers don’t always mean everything to the automotive consumer.

#7 – Ram Pickup - 293,363 – United States
The Ram pickup was the Chrysler Group’s only vehicle in the top 10 and while it has slipped well down the list from where it sat in the earlier 2000s, the Ram still sold nearly 300,000 vehicles and ranked as the third bestselling truck in America – well ahead of the competition from Toyota or Nissan but still quite a bit behind the cross town rivals from Chevy or Ford.

#6 – Nissan Altima - 302,934 – Japan
The Nissan Altima is available as either a coupe or sedan and thanks to a new look, this efficient and affordable midsized sedan moved enough units to be the 3rd bestselling vehicle in the class while also ranking 6th overall in the US. We can expect things to remain pretty steady for the Altima in the coming year although the new Ford Fusion could have an impact on the Altima and the other cars in this segment.

#5 – Honda Civic - 317,909 – Japan
The Honda Civic was redesigned for 2012 and while it met fairly poor reviews from many journalists, it didn’t slow people down from buying this incredibly diverse compact lineup that includes coupes, sedans, hybrids and even a natural gas model. Honda’s emergency refresh of the 2013 Civic that debuted at the LA Auto Show could help the Civic move up overall but in terms of the C-segment of compact vehicles – the Civic was the top dog in the US market.

#4 – Honda Accord - 331,872 – Japan
The Honda Accord used to be a far more formidable opponent for the Toyota Camry in the battle for the bestselling car in the US but with just 331,872 vehicles sold, the Accord had to settle for a comfortable 4th place. The Accord ranked second in midsized sales behind the car that we will talk about next.

#3 – Toyota Camry - 404,886 – Japan
The redesign of the Toyota Camry may not have been as drastic as many people had hoped but it was significant enough to give the bestselling car in the US market a big boost in 2012. Ranking as the bestselling car for the 11th straight year, the Camry and Camry Hybrid has become the first choice by many new car buyers around the US and while the strong year almost got the Camry lineup enough sales to grab the second spot, it fell about 13,500 units short.

#2 – Chevrolet Silverado - 418,312 – United States
The Chevrolet Silverado truck family was the second bestselling vehicle overall in the US for 2012 and with the next generation of GM pickups coming next year, we should expect to see Silverado sales figures grow in 2013.

#1 – Ford F Series - 645,316 – United States
As we discussed earlier in our piece detailing the bestselling truck and car in the United States for 2012, the Ford F Series pickup claimed the title of the top seller in the US for the 31st consecutive year. Ford Motor Company was able to continue their amazing streak of selling the most popular vehicle in the country by selling 645,316 examples of their powerful and efficient family of pickup trucks. Considering that the F Series is only getting better as time goes on, the full sized range of pickups has a good chance of remaining in the top spot for years to come.