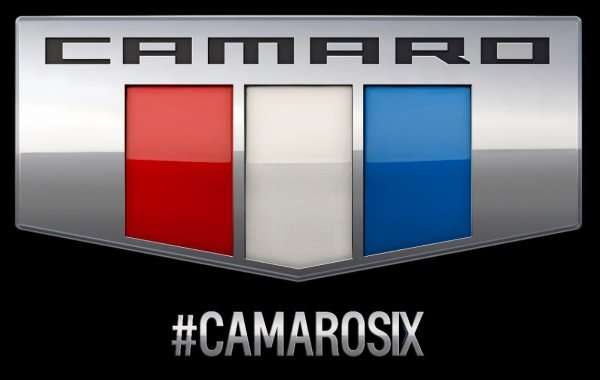 Official: 2016 Chevrolet Camaro to Debut on May 16th in Detroit

After a great deal of speculation, General Motors has finally announced that the 2016 Chevrolet Camaro will be introduced at a special event at Detroit’s Belle Isle on May 16th and in addition to the debut of the 6th generation Camaro, GM has a list of attractions that turn this new model debut into a day-long affair that is sure to be a dream day for any Camaro lover.
Advertisement

When the 2016 Chevrolet Camaro was a no-show at major auto shows in LA, Detroit and Chicago, it was expected that the 6th gen GM muscle car would either debut at the New York show or at an event of its own, similar to what Ford did with the 2015 Mustang. When we learned that the Big Apple show would have the debut of the new Chevy Malibu, the new Chevy Spark and the brand new Cadillac CT6, it seemed far less likely that the new Camaro would debut in New York and far more likely that the new muscle car would debut at an event of its own.

Yesterday afternoon, General Motors put all of that speculation to bed when it was made official that the 2016 Chevrolet Camaro would be introduced at its own special event at Detroit’s Belle Isle, but it sounds as though comparing the Camaro debut to the 2015 Mustang debut would be a disservice to GM, as the introduction of the 6th generation Camaro is truly going to be an event – one that will keep Camaro fans in attendance busy for an entire, blissful day.

"This will be an event Camaro fans will not want to miss," said Todd Christensen, Camaro marketing manager. "This is only the sixth time we have introduced an all-new Camaro. We wanted to share the moment with the customers and fans who have helped make Camaro both America's favorite performance car for the past five years, and a cultural icon since 1967."

Camaro Debut in Detroit
If you are not familiar with Detroit, there is a small island located a short distance from the GM headquarters, between the “mainland” and Canada that is known as Belle Isle. This is a lovely area with places for families to picnic and see wild life, when the cars aren’t racing around the Grand Prix track that traces the outer edges of the island. Chevrolet has long been a supporter of the Belle Isle Grand Prix events so it makes good sense that GM would use Belle Isle as the location for the debut of the 2016 Chevrolet Camaro.

General Motors could have easily gotten away with having a quick and easy event where they would get everyone parked on Belle Isle, talk about the history of the Camaro, introduce the 2016 Camaro and send everyone on their way. Instead, GM has planned out an entire day of Camaro-related festivities and fun for Camaro fans and owners, which is capped off by the official unveiling of the 6th gen Camaro later in the day.

Best of all, General Motors has made the debut event of the 2016 Chevrolet Camaro open to the public and those who wish to attend can sign up by going to www.thecamarosix.com and filling out the RSVP form. The event is free, but space is limited so if you want to attend the event, you should sign up as soon as possible.

The Debut Day’s Events
The debut event for the 2016 Chevrolet Camaro begins at 7:30am on May 16th, when the sign-in tables open for those attendees who have brought their 1st through 5th gen Camaros to display. At 9am, there will be a parade lap on the Belle Isle Grand Prix track and from 10am to 4:30pm, there will be a collection of activities to keep fans entertained until the 2016 Camaro debuts later in the day. The activities are as follow:
Camaro Heritage Museum – Giving attendees a chance to see the previous five generations of Camaro under one roof
Camaro Corral – Attendees who bring their own Camaro will park in this area, serving as a massive Camaro-only car show
Camaro Hot Laps – Attendees can sign up to ride along with a pro driver as he blasts around Belle Isle’s race track in the 5th gen Camaro ZL1 or Z28
Ride and Drive – This will give fans a chance to drive various vehicles from the current Chevrolet lineup
Meet and Greet with the Camaro Team – Engineers and Designers will be on hand to meet fans and answer questions

When these activities finish up at 4:30pm, the crowd will prepare for the biggest portion of the event, when GM finally introduces the 2016 Camaro at 5pm. The 6th gen Camaro will be unveiled as part of a special ceremony and while checking out the newest muscle car in America, fans will be able to continue enjoying the other activities until the event ends at 8pm.

It should be a very exciting event for Camaro fans so to secure your place in the event, head over to www.thecamarosix.com and RSVP right away!