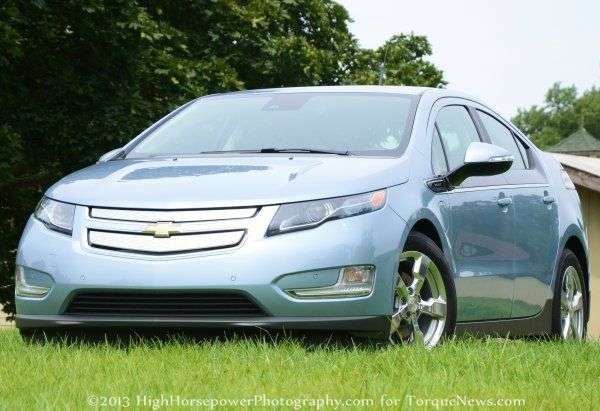 For most of the 2013 sales year, Nissan could rely on the idea that if the Leaf had a record of near-record month – they were probably going to lead the electric vehicle segment in monthly sales. Record or near-record numbers allowed the Leaf to claim easy monthly wins in March, April and May but with attractive incentives on the 2013 Volt and a decrease in price for the 2014 Volt – posting a record sales month wasn’t enough for the Leaf to win the fight in August 2013. In fact, even with Nissan delivering more Leaf EVs in the US than ever before, the Chevrolet Volt outsold the Leaf by almost a thousand units.

In August 2013, General Motors delivered 3,351 copies of the Chevrolet Volt. That is by far the best month ever for the Volt - beating the previous record from October 2013 by almost 400 units – and since the Volt holds the official record for the most EVs sold in a month from last October, the Volt’s figure of 3,351 units sold in August becomes the new benchmark for monthly EV sales in the US market. Better yet for General Motors, the landslide win in August allowed the Volt to jump back in front of the Nissan Leaf in the annual sales race after Nissan had taken a lead by winning four of the last five months. With the 2014 Chevrolet Volt carrying a price tag that starts $5,000 less than the current 2013 model year vehicles, we can only expect to see the arrow on the Volt’s sales chart continue to head upward as we get into what have traditionally been the best sales months of the year for GM’s electric sedan. On the year, GM has delivered 14,994 examples of their sporty electric Chevy and while that is only an increase of 11.1% over the previous year over the same period of time – Volt sales are still headed in the proper direction.

August 2013 was a very good month for the Nissan Leaf and with 2,420 units sold last month, the Leaf broke its previous monthly record that was set back in March 2013 (2,236 units). The important part for Nissan is that regardless of whether or not they have beaten the Chevy Volt, they have shown big improvements over last year. With 14,123 units sold through the first 8 months of 2013, the Leaf is sporting a growth rate of 234 over last year’s pace. It appears that Nissan will finally hit their objective of hitting 20,000 deliveries a year for the Leaf but unless they pull out a strong late year run – the Leaf stands to trail the Volt for the second straight year.

The bigger problem for the Nissan Leaf will soon be the all-electric and vastly less expensive Chevy Spark EV. The Volt has battled the high price tag since being introduced while the Leaf has proven to be the budget minded vehicle of the two. However, the compact Spark EV offers similar technology and only a touch less space for a smaller price tag than either of the other two top competitors in the class.