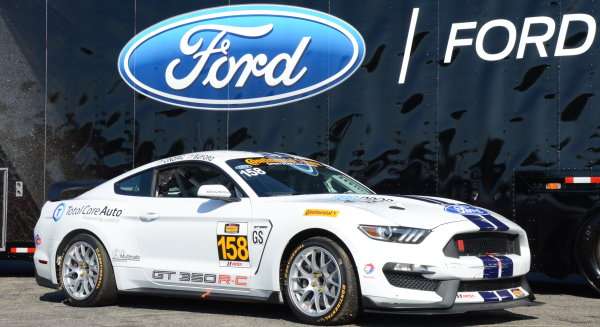 According to a document unearthed by the Mustang6g.com community, the next generation Ford Mustang will enter production in May of 2020 – almost two years earlier than originally expected.
Advertisement

The Ford Mustang is still riding high on the newest version which was introduced for the 2015 model year, but based on a leaked document from Mustang6g.com, the Motor Company is looking to keep the pony car lineup fresh with a new generation that will seemingly arrive for the 2021 model year.

The Next Generation Ford Mustang
This information comes from the June 2015 North American Production Forecast report from UHY LLC Certified Public Accountants and in their lengthy report, company divulges some very interesting information about a variety of automakers and their future production plans. Most notably, their report includes the following information on the Ford Mustang:
“Program code for the next‐generation Mustang (S550(ng)) has been changed to S650 and the SOP has been shifted back from January 2022 to May 2020. Subsequently, the EOP for the S550 has been moved to April 2020.”

Not in Response to the 2016 Camaro
Some outlets who have covered this interesting bit of information have stated that Ford is making the decision to move production of the next generation Mustang forward in response to the early success of the 2016 Chevrolet Camaro. This report is dated June 2015 – 4 months before the first 2016 Camaro was delivered.

When this report was issued in the middle of 2015, sales of the new Ford Mustang were at near-record numbers that hadn’t been posted by any of the American muscle cars in the modern era. Basically, at the point at which the new Mustang was selling the strongest, this accounting firm reported that Ford was moving production of the next generation up almost 2 years.

How Solid is This Information?
While a variety of other outlets have reported on this document, no one has really addressed whether this accounting firm would have this relatively confidential information and why, but based on the sheer volume and level of detail – this report seems to be very believable.

It should be noted that this document is old enough that some of the forecasted events have taken place. For instance, the report said that the Ford Escape would receive a facelift for March of 2016 and that proved to be accurate. Also, this report states that the Chevrolet Silverado would get a facelift in October 2015, and that also proved to be true.

In short, this company’s report has been accurate in a few of the events that have reached their expected date, so this information on the Mustang should be accurate right now.

The problem is that with May 2020 being more than 4 years away, a great many things can change between then and now – so this information could change again over the next few years. However, it certainly looks like the next generation Ford Mustang will be known as the S650 and it will arrive for the 2021 model year.