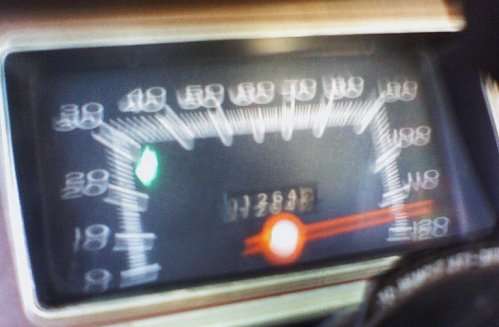 Texas State highway 130 is a toll road currently being built to connect Austin to San Antonio and when Highway 130 opens, it could have the second highest posted speed limit in the world with some stretches allowing drivers to cruise at 85 miles per hour.
Advertisement

Only Texas and Utah currently offer posted 80 miles per hour zones on their highways but last year, the Texas state government passed a bill that would allow a posted speed limit of 85mph. When new state toll road Highway 130 opens, there is a long flat stretch between Austin and San Antonio where lawmakers feel it is safest to test the new limit of 85mph. According to Yahoo News, this stretch was designed with high speeds in mind so we can guess that those who built the roads took special care to ensure that it is as smooth and as even as possible.

The only known location in the world where there is a posted speed limit higher than 85 is in Poland, where one region allows drivers to travel at 86 miles per hour. Perhaps if things go smoothly for this high speed stretch along Highway 130, lawmakers will push the limit to 87 so that Texas can boast of having the world’s highest posted speed limit. Everything is supposed to be bigger in Texas and right now in terms of American speed limits – Texas could offer the “fastest” highway in the country.

The hope of the lawmakers at work behind the new 85mph speed limit in Texas is that the faster moving vehicles on this stretch will help to move commuters away from the miserably congested roads around Austin and San Antonio. The fear of skeptics is that this extreme speed limit will increase the likelihood of accidents and with more accidents at higher speeds comes a chance of higher incidences of injuries and/or death.

There are a few variables that could help prevent higher numbers of accidents and injuries beginning with the location and design of the Texas state Highway 130 road surface itself. Engineers worked to make this long, flat, straight stretch as smooth as possible so the number of accidents caused by the roadway should be very low. Next, many vehicles now are equipped with a variety of “nanny systems” that help prevent accidents including adaptive cruise control, lane departure warnings and crash avoidance as well almost all new models coming with elaborate airbag systems. Finally, the sheer fact that Highway 130 is a toll road with a speed limit of 85 miles per hour could scare away both the cheap drivers and the drivers who are simply scared off by the extremely high speed limit. There is no question that some drivers will be intimidated by going that fast so they will avoid driving at those speeds on Highway 130 while, at the same time, having other vehicles blast past their slow-moving vehicles could be enough to keep them off this new road altogether.

The American culture is founded around being bigger and better and stronger and faster so with Texas adopting the 85 mile per hour speed limit, we could see other states increase their maximum speed limits if the stretch in Texas goes without any major accidents during the testing period.

Keith Griffin wrote on June 7, 2012 - 10:10pm Permalink
It will be interesting to see what the toll is. I've driven from San Antonio to Austin and don't remember it being especially a heinous drive on regular roads. Also, does the Autobahn not have posted speed limits? Is that why it's not included?