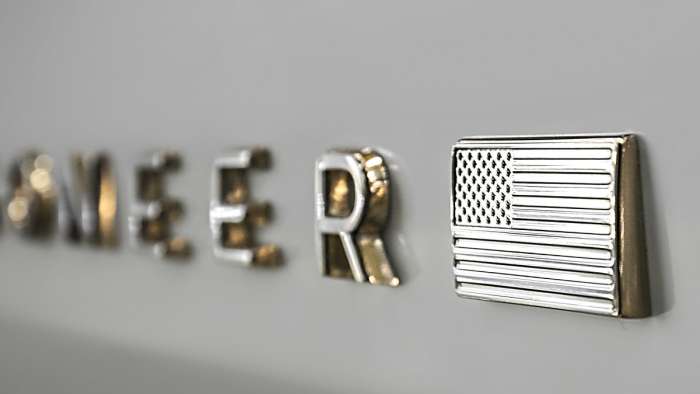 We have known for some time that the Jeep Grand Wagoneer is set to make a comeback and while we don’t know when it will debut, we must be getting close, as FCA has issued three teaser images of the range-topping SUV this week.
Advertisement

Early this week, the Jeep Instagram channel shared an image of the Grand Canyon with the definition of the word Grand across the middle with “coming soon” at the bottom. There was no other information, so we were not sure which “grand” vehicle this image was teasing. We know that there is a three-row Grand Cherokee coming sooner than later, along with a new Grand Cherokee and the introduction of the new Wagoneer and Grand Wagoneer. In other words, there are three new “grand” Jeeps on their way in the next year or so, leaving us wondering which vehicle was being teased in the Grand Canyon image.

Today, FCA rolled out two more teasers that leave no question as to what we are seeing. The partial badge picture above is clearly the end of the word Wagoneer while the second picture shows us some fine details that indicate the level of luxury in the new, large SUV. 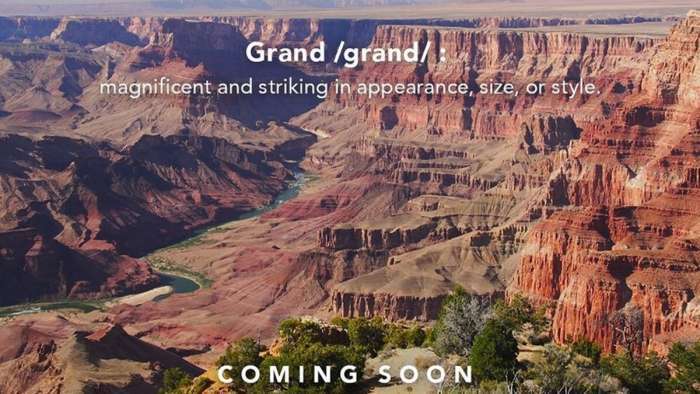 First Obvious Jeep Grand Wagoneer Teasers
While the Grand Canyon teaser earlier this week left some questions unanswered, the images issued today do not. They were shared by FCA via a press release that literally had no accompanying text. There wasn’t even a title on the press release. It simply said “coming soon”, but the first image tells us everything that we need to know. It is clearly the new Grand Wagoneer logo in chrome, joined by a chrome American flag.

This badge teaser (shown at the top of this piece) doesn’t reveal much more than the fact that we are, indeed, talking about the new Jeep Grand Wagoneer. On the other hand, the second image with today’s press release offers us our first look at the interior of the new range-topping SUV, albeit a close-up look.

In this image, we see that Engine Start button for the upcoming Jeep Grand Wagoneer. It appears to be no a raise pedestal that is wrapped in sewn leather, while the button itself rests in a silver collar that may be metal. We can see that the area around the button is all black with silver trim and they look is echoed through the portions of the cabin shown in the background. If this much attention to detail went into the Engine Start button, we can imagine the level of luxury throughout the rest of the interior of the new Grand Wagoneer. 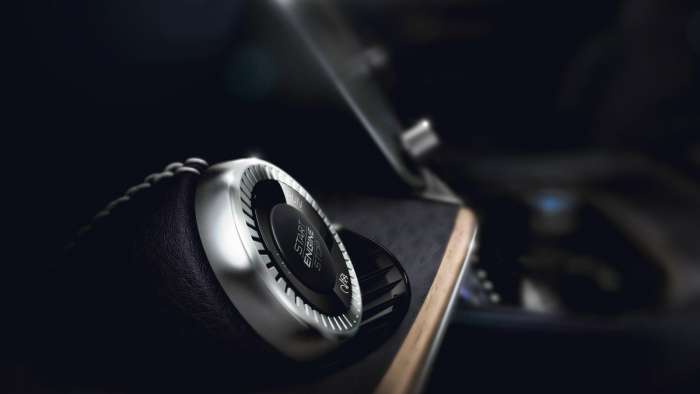 Among other things, we expect that the new Grand Wagoneer will feature the huge 12-inch infotainment screen that debuted on the newest Ram 1500. Beyond that, we expect lots of premium finishes from the seats to the dash to the door panels. We also expect the Wagoneer to be the roomiest Jeep. While we aren’t sure how extreme the designers will go in terms of luxury, it seems possible that the new Jeep Grand Wagoneer could rival the likes of the Lincoln Navigator and the Cadillac Escalade.

Unfortunately, we don’t know for sure when the Jeep Grand Wagoneer will debut, but with these three teasers being issues in the same week, we would guess that we are getting close.