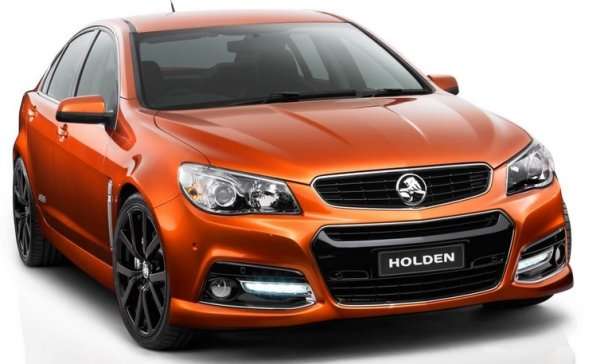 How the Corvette ZR1 Will Inspire the Final Holden Commodore

The Holden Commodore high performance sedan is likely to meet its demise after the 2017 model year, but before the car known in the US as the Pontiac G8 and the Chevy SS drives off into the sunset, the Australian brand wants to make one final super-sedan sporting the Commodore name – with the heart of the C6 Corvette ZR1.
Advertisement

For decades now, the Holden Commodore has been one of the most popular high performance cars in the Australian market, but it looks as though the big sedan will be discontinued after the 2017 model year. To bid the fondest farewell possible, Holden is reportedly working on a Commodore named the GTS-R, which will be the most powerful Commodore ever, packing the supercharged LS9 V8 from the previous generation Chevrolet Corvette ZR1.

The LS9 Commodore
Here in the United States, the General Motors LS engine series is in its final hours, as the 5th generation Camaro will follow the trend of the C7 Corvette and the newest GM trucks, using new LT V8 engine architecture. There is still some speculation that the LS7 will live on with the Camaro Z28 or a premium high performance Cadillac, but the LS9 hasn’t been used since the 2013 Corvette ZR1 and the LS3 will be gone when the last of the 2015 Camaros rolls off of the assembly line.

The new LT1 is seemingly better than the LS3 in just about every way, while the new supercharged LT4 should eventually prove to be better than the LS9, but it seems as though the high performance Holden Commodore GTS-R will use the LS9 from the old Corvette. Reports indicate that the shape of the LT1 or LT4 won’t easily slip into the Commodore engine bay, but since the Holden sedan has been using the LS engines for the past decade or so, the LS9 will fit right in without any major changes.

As a result, the Holden Commodore GTS-R will offer somewhere in the range of 638 horsepower and 603lb-ft of torque, making it comfortably the most powerful Commodore of all time.

These same reports indicate that the Holden Commodore GTS-R will also feature the huge carbon ceramic brakes of the Corvette ZR1 as well as the magnetic suspension system.

The Bad News
The thought of a 2017 Holden Commodore GTS-R with a 638 horsepower LS9 is surely music to Aussie super sedan fans, but there are two downsides to this car. First, with the LS engine series almost out of production, the number of LS9 engines available for Holden is likely very limited, with reports suggesting that only a few hundred will be made. Also, since the engine, brakes, transmission and suspension of the Commodore GTS-R are being farmed from the $100k+ Corvette ZR1, this Commodore will almost certainly be the most expensive Holden ever, in addition to being the most powerful.

However, those Australian buyers who can foot the bill will end up with what will likely be one of the baddest Australian issue cars ever – one that we are almost certain NOT to see badged as a Chevy here in the USA. Fortunately, we have the 6th gen Camaro, the Corvette Stingray and the Corvette Z06 to tide us over.