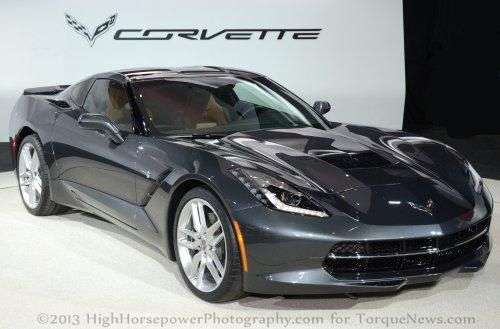 The folks from Hennessey Performance have recently announced their intents for the 2014 Chevrolet Corvette Stingray including a collection of performance parts capped off by a variety of forced induction packages – with the top of the line Hennessey C7 Corvette expected to hit the 1,000 horsepower mark.
Advertisement

Hennessey Performance has long had a reputation for offering incredibly powerful aftermarket upgrade packages for a variety of American performance cars including the Chevrolet Corvette and although the company has likely not had much time to develop go-fast goodies for the new C7 Corvette Stingray, the Texas based tuner has already offered an idea of what they plan to offer for the new Corvette. These Hennessey Performance features including things like cold air intake systems, cat back exhaust systems and stainless steel long tube headers but the more exciting options will be the return of the Hennessey forced induction packages.

First off, Hennessey plans to offer supercharged packages for the 2014 Chevrolet Corvette Stingray that will offer “up to 700 horsepower”. Right now, Hennessey offers two different packages for the C6 Corvette including the HPE600 and the HPE700 models with the number in the name denoting how much power the package sends to the wheels. Both of these packages use the standard LS3 V8 topped by a TVS2300 supercharger setup with a host of other additions to allow the C6 to make that power safely. Things like fuel system upgrades, ported cylinder heads, custom camshafts and a unique ECU tune are called upon to help the 430hp LS3 make either 600 or 700 horsepower and we can expect that the Hennessey C7 Corvette Stingray will use many of those similar items on the new LT1 V8.

Next, Hennessey will offer a range of twin turbocharged packages that will offer between 800 and 1,000 horsepower under the hood of the 2014 Chevrolet Corvette Stingray. It will be interesting to see if Hennessey builds and tunes the new LT1 to handle the amount of boost needed to safely and reliably make 800 to 1,000 horsepower or if they will use a different engine altogether. There are currently two twin turbo packages available for the C6 Corvette but neither of those setups use the standard LS3 V8. The HPE800 offers an impressive 800 horsepower will a stroked version of the LS3 measuring 415 cubic inches compared to the standard size of the LS3 which is 376 cubic inches. This extra engine volume, a serious engine build featuring fully forged internals and high flow cylinder heads, twin ball bearing turbochargers, an air to air intercooler and a major fuel system upgrade allows the C6 Corvette to make 800 horsepower. On the other hand, the HPE1000 Corvette, which offers an astonishing 1,000 horsepower, calls upon the 427 cubic inch LSX crate engine along with the rest of the required goodies to pump out a bone chilling 1,000 horsepower.

I just want to go ahead and say it again in case it hasn’t sunken in just yet – a 1,000 horsepower Chevrolet Corvette Stingray. Yum.

In addition to the massive power upgrades, Hennessey will also offer the necessary items to make the most of that power in the 2014 Chevrolet Corvette Stingray including wheel/tire combinations, higher performance Brembo braking packages and suspension systems that should make the C7 just as comfortable on the track as it is on the street.

Unfortunately, since the odds are good that Hennessey hasn’t gotten their corporate mitts on a 2014 Chevrolet Corvette just yet, it could be a while before we see the first 1,000 horsepower Hennessey Corvette Stingray but everyone who loves horsepower should sleep a little easier at night with the knowledge that a 1,000 horsepower twin turbo package for the new Corvette is on the way.

Elon Makes a Cybertruck Statement With an Action, But Quiet in Words
Tesla's Record Month in China: Doubled Registrations in March 2021
END_OF_DOCUMENT_TOKEN_TO_BE_REPLACED