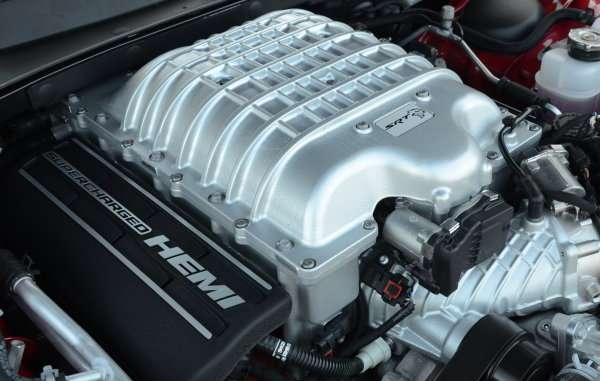 According to a report from an insider posting on the enthusiast community at JeepGarage.org claims that the Jeep Grand Cherokee Trackhawk will debut with Hellcat power at the 2017 Woodward Dream Cruise – and while this isn’t official information, a Hellcat Jeep debut along Woodward seems feasible.
Advertisement

Yesterday we talked about the fact the information on the Hellcat-powered Jeep Grand Cherokee Trackhawk had seemingly stopped surfacing over the past few months, along with taking a look at the possible debut dates for the supercharged SUV. Jeep boss Mike Manley stated in January 2016 that there would be a Hellcat Jeep by the end of 2017, leading many to believe that it would be introduced early in the year. However, with Detroit and Chicago passing without a Trackhawk and a New York introduction seeming highly unlikely due to the pending debut of a new, we have all been forced to guess as to when this blown Jeep might debut.

We discussed the possibility of a Woodward Dream Cruise if the Hellcat Jeep will arrive for the 2018 model year or, at the latest, an introduction in Los Angeles.

Not surprisingly, just a day after I published a piece talking about the lack of Trackhawk information or a clear debut location, a new report has surfaced on a popular enthusiast community forum claiming that the Hellcat-powered Jeep Grand Cherokee will make its public debut at the 2017 Woodward Dream Cruise.

The Woodward Report
Before getting into the specifics, I want to stress that this information comes from someone claiming to have insider information who posts on the enthusiast forum JeepGarage.org. There has been no word of any kind from FCA hinting to where the Trackhawk Jeep might arrive, but the folks at JeepGarage.org have proven to be accurate in the past with their information. With that being said, I understand that some people will brush this off as internet lore on a forum, but they have been right in the past – so this information is at least worth discussing.

Doubters aside, the JeepGarage insider claims that the Jeep Grand Cherokee Trackhawk will arrive with Hellcat Hemi power for the 2018 model year, with the formal introduction planned for the 2017 Woodward Dream Cruise in Detroit. This person doesn’t explain where he got this information, but he has proven to be accurate with many of his recent predictions, including early detail on the revised front end of the 2017 Jeep Grand Cherokee SRT.

Would FCA Debut This Vehicle along Woodward?
There was a point in time where automakers would introduce every new model at a major auto show because at those events, the new vehicles would get the most media coverage and the most spectators checking out the vehicles in person. That has changed with the growth of the internet, as more events get heavy coverage, and as a result, automakers have begun debuting important vehicles at events other than major auto shows.

For example, back in 2014, Dodge introduced the 2015 Charger SRT Hellcat to the public at the Woodward Dream Cruise after hosting a private media viewing in metro Detroit a few days earlier. The Trackhawk Jeep will pertain to the interests of the same basic crowd, so if Jeep does debut their Hellcat model at the Dream Cruise, they would be rolling it out in front of the largest crowd of high performance enthusiasts in the world.

No event crowd can appreciate a supercharged SUV with somewhere north of 600 horsepower like the hundreds of thousands of people at the Woodward Dream Cruise, so a vehicle like the Hellcat Jeep might just be the perfect way for FCA to steal the show this August.