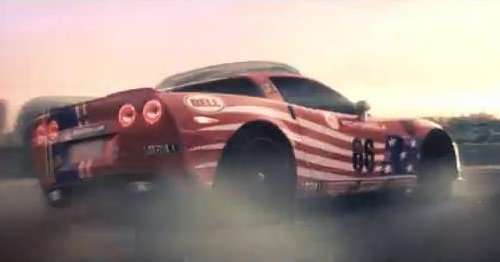 While the racing game developing firm Codemasters has become better known for their work on Ken Block’s Dirt off-road racing series – the company has released a pair of short videos giving us the first look at their on-road racing game Grid 2 that is expected to hit the market in the summer of 2013.
Advertisement

Grid 2 will likely follow closely in the successful path of the original Grid game that debuted in 2008 which means that we can expect a wide variety of race cars from manufacturers around the world racing in sanctioned-style events taking place around the globe. Grid 2 will likely feature a career mode that takes you around the world as you progress through the ranks and earn access to new vehicles but if Grid 2 is anything like the original – the real fun will come in the online version.

The original Grid game offered no capacity to modify vehicles so when racing online against drivers from around the world – things were incredible level. Each of the various tracks and events allowed the gamers to pick from a specific group of race cars with similar performance ratings so Grid is more about who is the faster driver than who has the faster car. Before each online race, all of the drivers in the room select the type of racing and then the specific venue or venues. With any luck, Grid 2 will at least follow closely in the footsteps of the original Grid as I was a major fan of playing Grid online.

If you are a video game driver who isn’t familiar with the Grid series, Codemasters also produces the Dirt series along with a variety of F1 based titles. Throughout the company’s history of producing racing games back into the days of the original Playstation with ‘Labonte/Jarrett Racing’, one of the most impressive aspects of Codemasters racing games has been the visual graphics and realistic damage levels. Damaged body panels can tear away, windows shatter and eventually fall away and in the worst wrecks- the cars are totally destroyed. Based on Grid, I would expect that Grid 2 will offer more realism than some of the bigger ‘arcade racer’ titles like the earlier Need for Speed games but Grid 2 will likely offer more high speed sliding around turns than a full simulator like Forza Motorsport 4.

“We’re pushing boundaries once again with what can be accomplished in the genre via new tools, technology and innovations. In single-player, split-screen and online, the next-generation of the EGO Game Technology Platform will power graphics, AI, handling and damage advancements that will immerse players in the racing experience like never before. Like its predecessor, GRID 2 will put the sheer thrill and adrenaline rush of the race at the heart of the experience. It’s what we call Total Race Day Immersion.”

Codemasters has offered up a short video offering an early look at Grid 2 and for the most part – this looks very much like the original Grid. As we watched the video in slow motion, we have spotted the following vehicles:

There are some other vehicles that we were not able to identify from the quick shots in the videos so we can expect a broader list of vehicles than we have listed above but unlike some driving games like Forza Motorsport 4 – Grid 2 will not be one of those games with hundreds of cars to buy. The original Grid game had 43 different vehicles and we should expect Grid 2 to be right around that number as well.

Grid 2 isn’t expected to hit shelves until the Summer of 2013 but for now, Grid fans can sit back and enjoy the following videos.