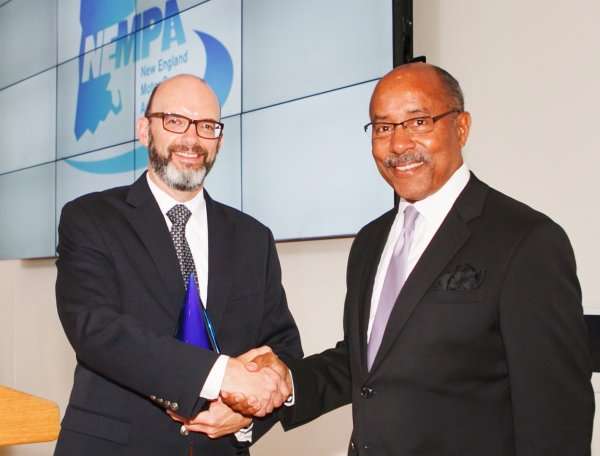 GM's Ed Welburn Named Designer of the Year by NEMPA

Last week, the folks from the New England Motor Press Association held their annual awards banquet and among those honored was General Motors Ed Welburn – who was named Designer of the Year just a few short weeks before he retires from his position with GM.
Advertisement

General Motors Vice President of Design Ed Welburn has spent a long, successful career with the American automaker, having joined the company as an intern back in 1971 before being hired as GM’s first African American designer in 1972. Over the next 44 years, Welburn would rise to lead the company’s design team, officially being named the Vice President of GM Design North America in 2003 – a role he has held since then. During Welburn’s time on the GM design team, he was involved in the creation of some of the most well-known GM vehicles, but earlier this year, the legendary designer announced that he would be hanging it up.

Ed Welburn will officially retire on July 1st, but before he steps away from the spotlight, the folks from the New England Motor Press Association honored him with their Designer of the Year award.

NEMPA Honors Welburn
To give you an idea of how few people have held Ed Welburn’s position, I offered you a quote from NEMA President Craig Fitzgerald (shown above with Ed Welburn). When introducing GM’s design boss, Fitzgerald said "Twelve people have walked on the moon. Only six have had Ed Welburn's job,” – and he wasn’t kidding. Throughout the long and storied history of General Motors and all of their various brands, the automaker has only had 5 chief designers before Welburn with the best-known being Harley Earl. During Welburn’s time with GM, he worked with 4 of the previous design bosses and while he didn’t work with Earl, Ed Welburn still uses Mr. Earl’s actual desk.

Needless to say, GM will have some very big shoes to fill when Ed Welburn retires, as they move to their 7th design boss in the history of the company.

Click here for a closer look at all of the awards from the NEMPA event!

Special Thanks to NEMPA member John Goreham for the information on this piece!