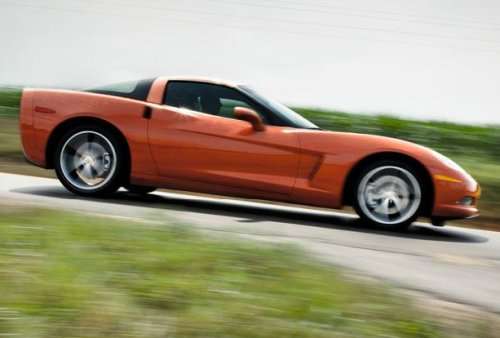 General Motors has announced that they will begin selling the fabled Chevrolet Corvette at dealerships in South Korea starting this Friday (May 4th) in an effort to improve sales of the long lived high performance car - although Korean buyers will have to pay a hefty price to cruise the streets of Seoul in the 2013 Corvette.
Advertisement

Sales of the Chevrolet Corvette in the US are down (with the rest of the gas-guzzling performance car segment) and in an effort to both improve sales and promote the high performance nature of the Chevrolet brand, GM is introducing the Corvette to showrooms around South Korea effective May 1st, 2012. The Corvette joins the current Chevrolet lineup in South Korea, which now offers nine vehicles for the 4th largest auto market in Asia, as General Motors has worked to capitalize on the free trade agreement that took effect between the US and South Korea in March. Upon it’s introduction to the South Korean market, the Corvette will join familiar name plates like the Camaro and the Cruze.

The 2013 Chevrolet Corvette headed for the South Korean market will only be available in standard coupe form, which means that the hard topped American sports car will be powered by the 6.2L V8 that churns out 430 horsepower and 424lb-ft of torque. It is unclear whether Corvette buyers in Korea will get to select from the standard 6-speed manual transmission or the optional 6-speed automatic but in either case - Korean buyers are sure to enjoy the high performance driving experience offered by the Corvette.

While some people might be questioning the fact that the great American sports car is being sold in South Korea,. The bigger controversy surrounds the pricing of the Chevrolet Corvette for the Korean market. The free trade agreement between the United States and South Korea is intended to lower the price of imported goods (in this case, vehicles) but the 2013 Corvette Coupe - which costs just $49,600 in the US - will cost an astonishing $76,300 (86.4 million won) in Korea. While the Corvette is a higher end performance car and you would expect to see some markup in a new, foreign market; the current price represents an increase of roughly 53%. This price hike in South Korean dealerships is due mainly in part to the high taxation of the car, which leads many to wonder how the General Motors is benefiting from the new free trade agreement. Based on that markup, it appears as though the Korean companies are receiving a much bigger benefit than are the American companies but in the long run - the 2013 Corvette priced at $76k is still less expensive in the South Korean market than other comparable sports cars so to Korean consumers, the Corvette is somewhat a bargain performance car.

In addition to helping to promote the Corvette in booming markets around the world, General Motors is also working to spread their Chevrolet brand to new markets with new offerings. The goal is to show that Chevrolet has a little something for everyone - be it a super efficient Chevy Cruze or a high performance Chevy Corvette. It would, however, be nice if the American cars sold in Korea weren’t marked up by such a large margin but such is life in the business world. Ultimately, the high sale price in Korea of the new Corvette Coupe should help to add some exclusivity to the car while also putting at least some of the American sports cars on Korean roads.

It will be interesting to see how well the Chevrolet Corvette does in South Korea and if it is a success - will General Motors send over more variants such as the Corvette Convertible, the Grand Sport or the ultra high performance Z06 or ZR1. Based on the markup of the standard Corvette Coupe - a Corvette ZR1 could carry a price nearing the $200k mark. Here’s to hoping that the free trade agreement between the US and South Korea proves to be more beneficial than it looks on paper.

Toyota's First EV Will Have a Name of BZ: Toyota BZ
First Videos From Inside The Boring Company's Las Vegas Loop
END_OF_DOCUMENT_TOKEN_TO_BE_REPLACED